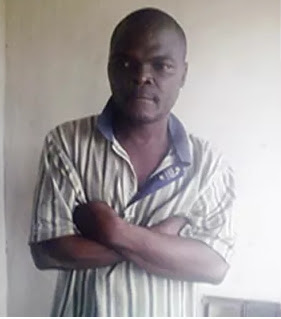 A new robbery gang specialising in kidnapping victims while snatching their ATM cards and PIN at gunpoint is now working 247 in Lagos State.

They made a beeline for Alpha Beach. At Alpha Beach, the four men dragged him into a building, where he met another group of men.

They searched Iyke and found N10,000 on him, which they took. They also took his ATM card. They forced him to disclose his Personal Identity Number (PIN). Two men left on a motorbike to the nearest ATM gallery to withdraw money from Iyke’s account, others stayed with him.

The suspect arrested however denied being a member of the notorious robbery gang.

Borokini Bolaji said he knows the gang using his master’s building to carry out their nefarious activities.

“I’m just a caretaker of the building. I know the men behind this crime. I can take police to them. These men are indigenes of the Alpha Beach.

They are into 419(fraud). I have warned them to stop using the building for crime. The main leaders are Eba, Eku and Eja. They are always at Alpha Beach.”

“I fear them! They are cultists. They can kill and are always involved in land wars. They used to invite other gang members from Ikorodu.