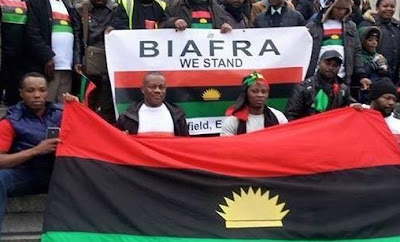 It was the legendary Williams Shakespeare who wrote: “There is a tide in the affairs of men, which taken at the flood, leads on to fortune. Omitted, all the voyage of their life is bound in shallows and in miseries.” This saying, I think, fittingly describes the fate of embattled leader of the now proscribed Indigenous People of Biafra (IPoB), Nnamdi Kanu.

Kanu’s was a swift and dramatic twist of fate. You could say it was by conspiratorial factors of expediency. Crunch line is: he has gone barely overnight from being a courted ally in the portals of power to a disavowed fugitive from the law. To boot, his separatist group is effectively delegitimized. Yet, with little less bluster against the existing order and some moderation in his crusade, these outcomes were avoidable and his avowed mission even negotiable to certain limits.

Secession bid is no pastry item in any nation of the world – not even in the most liberal states. Whereas the United States constitution envisages and prescribes modalities for new states to join the union, for instance, it provides no legal route for any state already in the equation to opt out. And so, that country fought a four-year civil war in the 1860s to rebuff a secessionist bid by so-called Confederate States.

And only this last week, Spanish civil police hounded Catalan leaders who insist on staging an Independence referendum come October 1. Catalonia is one of Spain’s wealthiest regions, with its capital being the famous Barcelona, and Catalans have argued that they put more into the Spanish treasury than they get back. The region has a functional separatist government and parliament in place, but cutting completely lose from Madrid is a red line Spain would not permit crossing.

This common predisposition may have to do with the apparent link between secession and territorial integrity. Hence, when Nigeria fought her civil war in the late 1960s against Biafra secession, it wasn’t by any means peculiar. But then, Kanu, for valid reasons, believes the matter isn’t closed. He had steadfastly pushed his separatist cause and was of sufficient consequence that all South-East state governors, on August 30, huddled at a roundtable to reason with him and rein in his nihilistic swagger. With the critical level of ethnic passions being lately stoked across our evidently imperfect Nigerian nationhood, sobriety and level-headedness are crucial to working out redress measures in an atmosphere of mutual security of citizens. Only that the IPoB leader didn’t seem to have these as his strongest character traits.

But, of course, the hard-knuckled military also made matters worse with its so-called ‘python dance’. The South-East governors had slated another parley with Kanu for September 15 to discuss his separatist agitation. Before that date, however, the Army rampaged in with security drills in Kanu’s home state of Abia – handing him a convenient lever on which to toss off further dialogue with regional leaders on his zero sum worldview.

I hold that the military was tyrannous and provocative in the extreme by jumping the gun on the advertised timeline for its Python Dance II operations (September 15 to October 14), and by rolling out in Kanu’s backyard rather than in the whole South-East as touted. Even if the IPoB leader and his followers truly constituted a security threat, it locates Nigeria in democracy’s backwaters that fully-armed soldiers swarmed in to tackle restive civilians who avowedly were non-arms bearing. Addressing such challenge should have been for the Police. In effect, if this country had tailspinned into ethnic violence, which Information Minister Lai Mohammed said the government moved to head off with its handling of the IPoB issue, the military and not Kanu and company would have been the trigger.

Besides, lessons are hardly ever learnt from history in this country. Soldiers swamping civilian communities in hunt for alleged offenders have never yielded desired results, have they? And that is because residents only see the hunted persons as being persecuted and provide them communal shield to burrow underground. If South-South militant commander Government Ekpemupolo (aka Tompolo) has eluded security dragnet thrown out since 2015 in the search for him, Kanu will not be fished out in the present hunt, never mind the braggadocio by security sources that they know where to get him.

But while the military deserves full knocks for its oxymoronic dance of the python, Nnamdi Kanu had as well become a menacing cobra in the Nigerian nationhood grass. The cobra is a poisonous snake that fans out the skin at back of its neck to make itself look bigger than it really is. And like that reptilian species, Kanu had gained such enormous traction for his separatist crusade that he assumed a potency defying all restraint – including temperance admonitions by elders and political leaders of the South-East whose interest he championed.

And so, it seems the separatist warrior only found a tidy excuse in the military drills to dump a dialogue with regional leaders that he could hardly forebear in the first place. In his public statement just before the scheduled re-consultation, he said he would not be available because of more pressing commitments, like attending to his followers who were injured or bereaved in encounters with the invading soldiers. Oh, really! You would think that was some chore he could delegate to his fanatical lieutenants if he considered the impending parley sufficiently important. Kanu as well alleged a plot by soldiers to eliminate him en route the meeting in Enugu. But also, he could have demanded a public guarantee of his safety by the state governors to cover his round trip. Political expedience would have bound the governors to give that public guarantee, and indeed restrain the military from the alleged plot if truly one existed.

Rather, Kanu grandstandingly shunned the meeting where it eventually happened that South-East governors unanimously banned the activities of his movement in their region. Ethnic emotions are charged presently and there is some giddy disposition of sympathy for the IPoB leader, but it is extremely moot that he singularly loves the Igbo more that the governors collectively do. Besides, if he had somehow found his way to the parley, it is highly unlikely the hammers would have fallen so definitively on his group.

My guess is: Kanu shunned the September 15 dialogue because his vision of Biafra had turned the corner down the crimson road, almost irredeemably beyond the prospects of armistice. He gave that much hint when he said in his public statement that IPoB, “through the instrumentality of the Directorate of State headquartered in Germany, will be meeting to vote on the viability or otherwise of continuing our struggle in this non-violent manner.” He as well advised fellow Igbo who do not share his manic quest for secession to immediately proceed on self-imposed exile. Well, it is Kanu who himself is on exile now, and I doubt he can do much worse hereafter than he has done hitherto.

But let’s be clear: it is human agents who fade out, ideas never do. The Biafra quest is a symptom of gross injustice and inequity in the present Nigerian federation. The late Dim Emeka Odumegwu-Ojukwu once passed this way, before Kanu and contemporary co-travellers came by to follow his light. Unless the injustice inhering in our federation is urgently redressed, an even more virulent Kanu is at the door.

Please join me on kayodeidowu.blogspot.be for conversation.

Boy Paralyzed By Boko Haram Walks After Surgery In Dubai Hospital As Doctors Watch In Shock
Nigeria Vs Biafra Battle: The Time To Talk Is Here – Dr Philip Ugbodaga