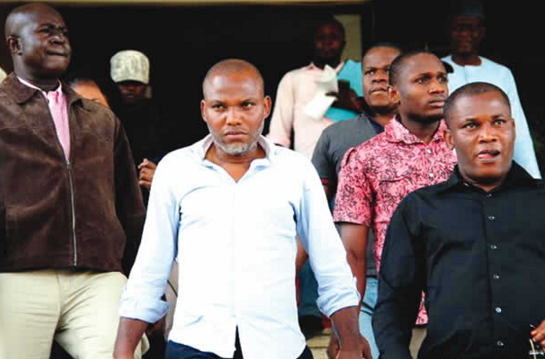 Nnamdi Kanu has been freed from DSS detention following an order by Justice John Tsoho after hearing his defence counsel’s plea.

Kanu’s counsel Chuks Muoma argued that the family of the accused can’t have access to him if continue to stay in DSS custody.

He begged the court to send him to Kuje prison so his family can have access to him.

The Leader of the Indigenous People of Biafra (IPOB) is now cooling off at Kuje Prisons.

The DSS however disagreed with the court ruling, stating that the accused is not secured at Kuje.

The man don enter last chance bus.. May God deliver him from this trouble.