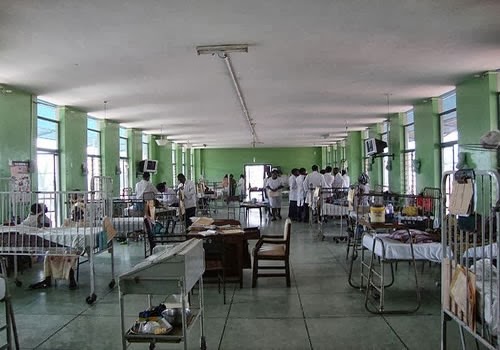 A resident doctor from Ekiti State died in Ile Ife on Monday under a mysterious circumstance.

The unidentified resident doctor left Ekiti State to resume work on Monday but before 12noon, he was said to have vomited too much blood at the premises of the hospital. He was rushed to the emergency ward of the hospital where he died.

His death created panic among workers and fellow doctors who fled the hospital for their dear lives.

Some of the workers that disappeared when the incident happened were doctors, nurses, medical personnel and patients attached to the ward. Junior workers like cleaners and office attendants working in the ward and around it also fled for their dear lives.