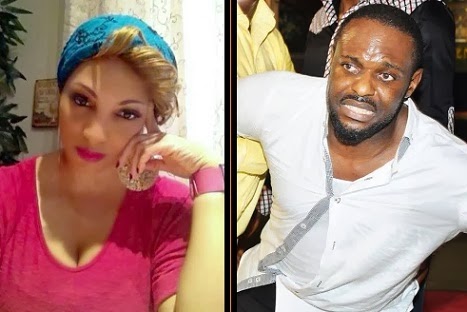 Bianca Johnson, a Nigerian socialite is speaking up 24 hours after Nollywood actor Jim Iyke claims he was delivered at controversial prophet TB Joshua’s church in Lagos.

Concerned about Boko Haram’s recent attack in Yobe state, the beautiful woman took to her social networking page to blast Nigerians for going viral with Jim Iyke’s deliverance story instead of focusing on the real problem facing the country

Check out what Bianca wrote few hours ago;

“Actor Jim Iyke went to TB Joshua to get deliverance and it went viral…same day Boko Haram militant shot and killed over 60 students in Yobe college dorm while they sleep, Nigerians swept it under the rug, business as usual. Who gives a damn if Jim has 99 demons…I guess 60 innocent and harmless dead bodies are not as sensational as Jim Lyke. May their souls rest in peace. Amen!”

While we all expect Jim Iyke to speak at length on his experience at TB Joshua’s church, he simply took to his Twitter page to say;

“Its Beautiful that’s d least I can say. Nothing else truly matters. Absolutely nothing! God liveth whether you’re a believer or not.
Met more miserable billionaires than unhappy mid income earners.Success is relative.I want it wholesome.Is either ur bond or free”

Do you think Bianca is right?