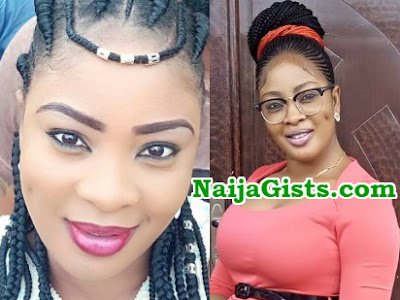 October 21, 2017 – Bidemi Kosoko Only Flirts Around She Is Not A Husband Snatcher – Insider

In the past 6 months, Nollywood actor Prince Jide Kosoko’s beautiful daughter Bidemi Kosoko has come under fire for attempting to snatch other women’s husbands.

Her last allegations involving a married man based in Osogbo was really messy as it involved money.

A Nollywood insider NG met at a wedding function today said the actress has no intention of snatching anybody’s husbands because she is already in a committed relationship.

The source said her only problem is that she falls cheaply into the hands of men who adore her beauty including some top Nollywood producers who have been giving her key movie roles that is bigger than her industry experience.

The source added that a particular married film producer from the South East has kept her as his permanent secret girlfriend even though he knew she is seeing other men.

No one can deny the fact that Bidemi Kosoko is really beautiful, however, she should keep her ‘Na me fine pass’ syndrome in check.