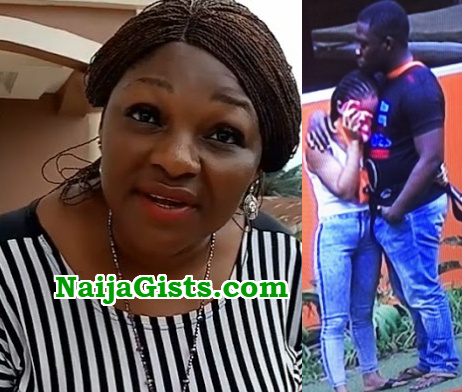 In this recent interview with Joe Agbro Junior, Nollywood actress and film producer, Chioma Okoye talks about her life, charity works and her sexy body.

Aside being in Nollywood as an actress and producer, you’ve also earned a reputation of raising funds for ill Nollywood actors. What was the motivation for these?

Where I came out to help sick Nollywood colleagues was during Leo Mezie’s kidney issue because Leo is my friend. And when I heard about the incident, I was so shocked. And I believe one thing, when you’re friends with somebody, in times of need, you should be there for the person. I don’t have money so the only thing I did was to have an agreement with him, ‘give me the consent to raise funds for you.’ And he said, okay, let’s give it a try. And I used my own ability and strategy to raise money for him. And in 10 days, we got the money we want.

Then after that, Obi Madubogwu was the next one that was called upon. I tried to shy away from it but people kept telling me, ‘no, no, no. This is just charity work. You don’t have to shy away from it.’ I said no, I don’t want everybody to start calling me because almost 80 per cent of people have problem in Nollywood. So, I said let me just do Madubogwu. In 10 days, I had good result. They now called me for Prince James Uche that has been there in public for over two years asking for funds. On the first day of the outburst, we made about six million naira.

But I felt bad when we raised the money, got the visa, three days for him (Uche) to travel, he gave up. I’m not happy because his own weighed me down so much because at the end, I got to meet his family, his children. The pain was much for me so I couldn’t carry on to raise any money for people. So, even as much as people keep calling me on the phone, I keep telling them no, no, no, I can’t do it.

As you’ve showed you’re a good fund raiser, do you have any vision going into politics to right the wrongs?

Oh yes, I have but not now. That’s why I intended to start from my community. Let me start empowering people because the movie I shot, I didn’t use Nollywood stars much. In Nollywood, we have 24 actors from Omabala but I just picked only six. I gave the rest opportunity. I called for audition for two days. And we did rehearsals for three weeks. And we shot for two months seven days. Now, people know me from my community. Before I will now go to 20, 30 communities, people will know me. So, if I’m coming for any position, they know I’m coming for the masses because it’s high time we youths came onboard.

Big Brother Naija has started and there are controversies about whether it’s good programme for youths. Do you watch the show and what’s your take on it?

I don’t watch Big Brother Naija but I’m an entertainer. Anything that entertains people, I don’t kick against it. If I’m not an entertainer, if you ask me, I’ll now say, ‘it’s very wrong, it’s not educational, it does not add any value to the children.” That’s the irony of life for you. It seems as if negative things works than positive things. But the problem is with we the Nigerians. You might have a good project and go and meet companies, they’ll just turn you down.

Hmm… It’s increasing every day, day by day. So, it’s everywhere not just Nollywood. You cannot separate sexual harassment from your daily business. In every business, it’s there.

Have you had close-up experience?

Me? Maybe because I’m not easy-going person, that’s why I’ve not experienced that but people have chased me now. I’m a fine girl. I’m well-endowed so I see people that admire me on a daily basis. Any day I go out, people chase me. So they don’t harass me, they chase me because I’m well-endowed. God blessed me with everything a woman needs to be a woman in a very pronounced way. There is nothing I will wear that will hide my endowments.

So, how do you handle some unwanted attention?

I give them the number of my boyfriend because if I tell you no, you’ll still continue.

There’s also this trend of sex dolls for men which is hitting Nigeria whereas women use sex toys. What’s your take?

Can you date a man that uses a sex doll?

Last year, gist went around that you prayed for a husband on your birthday. How close is that prayer to being answered?

And is that man currently in your life?

When you say ‘foot your bill’ what do you really mean?

Hmm. What I mean is that I’ve dated rich men. They have spoilt me. It’s affecting me now as a young girl. So, I’ve not seen a man that can foot my bill. Right now, I can’t stay without light. It’s not possible. Instead of me to stay without light, let me not eat. Right now, I don’t play with my three square meals. And there are some foods that I don’t joke with. You must give it to me. No matter anything, I make sure those food are there.

What kind of food are we talking about?

I eat organic food. Everything I eat is organic, natural.

Hmm… even my soap, my cream is expensive, are organic.

Are you saying acting doesn’t really pay your bills?

I want to have a hair line business.

Yes. That’s why I would advise every actor, every filmmaker to have businesses. Filmmakers are very lazy. The most lazy people I’ve seen in the world are filmmakers, especially in Nollywood. Aside movies, they don’t have any other thing they’re doing. It is even now you hear people say they sell clothes. What they do is just pay courtesy visits to rich men, get some ‘thank you’ for coming. That’s what they survive with, then going on Facebook, chasing girls that have money and live abroad. And the women looking for men that are very rich who can take care of them.

But you also talked about looking for a rich man

Congratulations. Recently you posted a picture on Instagram where you wore black gym clothes and captioned it ‘Body Goal’. What were you celebrating?

I’m trying to lose some flesh in some areas I don’t want. So, I restrain and I go to the gym. I’ve cut down my eating habits. So, I eat very healthy organic foods. In the morning, I might just have lettuce, in the afternoon, I’ll just have fish and vegetable, in the evening, I’ll just have plantain and lots of vegetables. So, I’m building a banging body – the body that you’ll see, you’ll turn.

You’re not looking at a faster route like surgery.

Surgery is not bad. It’s like recreating yourself. Well, I don’t condemn people that do liposuction. It’s the body that you’re trying to modify. Or maybe because I’m not in a hurry to get the desire that I want because I’m not badly created. I’m well-endowed. So, with or without surgery, if I come out, people turn around. Just because human beings that we are, we are never satisfied. We always want something extra. I can do without surgery, I can do without exercise, I’m perfect the way I am.

Armed Robber Who Uses Live Snake For Operation In Ota Ogun State Caught In Soak Away Pit
Nollywood Actresses Don’t Stay In Their Marriage, I Can Never Marry Them – Filmmaker