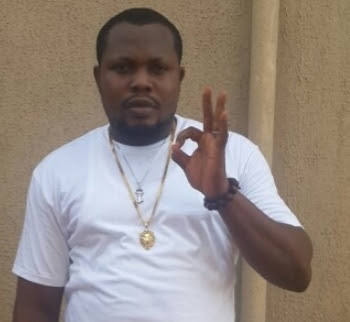 Feb 3, 2018 – Nollywood Movie Producer Lambert Eluke: I Can’t Marry An Actress Because They Don’t Stay With One Man

Nollywood Actresses Don’t Stay In Their Marriage, They Will Dump You & Move To Another Man – Filmmaker Lambert Eluke

Though he works with a lot of beautiful ladies in Nollywood, movie producer Lambert Eluke has said he wouldn’t dare marry any of them because he is not ready to die before his time.

Here is what the Enugu born producer told inside Nollywood:

“I’ll never marry an actress. I don’t want to die young, please. They don’t stay in one place. After a year of marriage, they’ll dump you and move to another person. I can’t marry an actress, I want to live long.

“If I am to make a wish, I would settle for one of these three actresses: Chizzy Alichi, Rachel Okonkwo and Ruth Eze. I crush on them for their meekness and good hearts’”.

4 thoughts on “Nollywood Actresses Don’t Stay In Their Marriage, I Can Never Marry Them – Filmmaker”