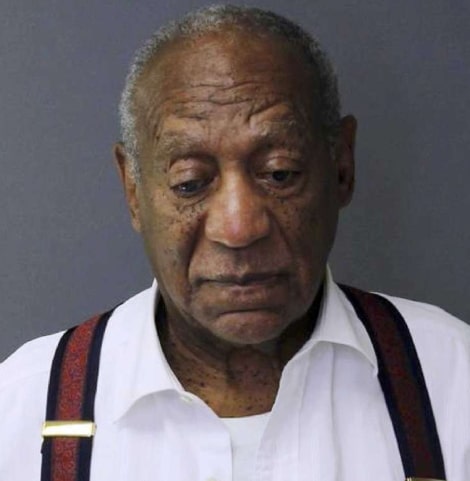 The lawyers of disgraced comedian Bill Cosby’s lawyers have filed an appeal for a new trial following his imprisonment earlier this year for sexual assault.

According to PageSix, Cosby’s lawyers officially filed an appeal of his sex assault conviction over claims the trial judge is guilty of 11 legal mistakes that should win the disgraced entertainer a new trial. The list of “errors” includes the fact that Montgomery County Court Judge Steven O’Neill allowed additional accusers to take the stand against the sexual predator.

“The trial court abused its discretion, erred and infringed on Mr. Cosby’s constitutional rights to Due Process of Law under the Constitution of the United States and of the Commonwealth of Pennsylvania in admitting five prior ‘bad act witnesses,” Cosby’s lawyers write.

The defense claims the allegations were “too remote in time” and “too dissimilar to the Constand allegations.”

The new trial requests comes after Cosby was sentenced to serve three to 10 years behind bars for the drugging and molestation of Andrea Constand. Other victims include, Heidi Thomas, Janice Baker-Kinney, Chelan Lasha, Maud Lise Lotte Lublin and supermodel Janice Dickinson who also testified that they had been drugged and sexually assaulted by the “Cosby Show” creator.

Judge O’Neill never explained his decision to allow the five women to take the stand during Cosby’s retrial, PageSix reports. But during Cosby’s first trial, O’Neill allowed just one additional accuser to speak. That trial ended with a hung jury.

Cosby’s lawyers also accuse O’Neill of being wrong with titling Cosby a “Sexually Violent Predator” and should never have allowed jurors to hear excerpts from a private civil deposition where the comic admitted to using quaaludes to have sex with women.

Prosecutors have 30 days to respond to the new filing, after which the Superior Court will determine if it will examine the case, PageSix reports.

Mr remains incarcerated at the SCI Phoenix prison in Pennsylvania since September. The disgraced entertainer who was given his own cell is expected to eventually join the prison’s general population soon.

Donnie Mcclurkin Passes Out While Driving On Highway, Reveals How Angels Rescued Him
Nigerian Evangelist, Gospel Singer Born With Cerebral Palsy Prince Emmanuel Benson Reveals How He Turns His Disability Into Ability