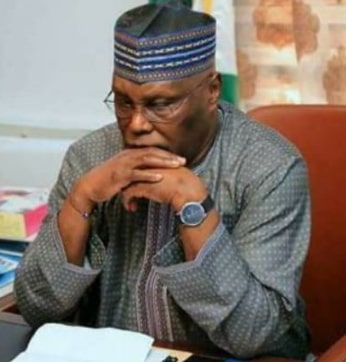 Atiku Abubakar, the presidential candidate of the Peoples Democratic Party reached a political dead-end on Wednesday as the Supreme Court dismissed his appeal against President Muhammadu Buhari’s election, for lacking merit.

The court in a unanimous judgment affirmed that President Muhammadu Buhari was validly elected as Nigerian President in the 23 February presidential election.

A seven man panel of the court, headed by Justice Tanko Ibrahim Mohammed, the Chief Justice of Nigeria, also dismissed the appeal filed by the Peoples Democratic Party (PDP) and its presidential candidate, Atiku Abubakar, challenging the victory of Buhari at the presidential election.

The panel said there is no merit in the appeal. And Chief Justice Tanko Muhammad said the reasons for their judgment will be given later.

At the opening of proceedings, the apex court stood down Atiku’s appeal for 15 minutes to enable parties agree on whether or not to consolidate all the appeals.

The Court however, resumed sitting after all the counsels agreed to a consolidation of all the appeals.

Atiku had gone to the apex court to challenge the September 11 judgment of the Justice Mohammed Garba-led Presidential Election Petitions Tribunal which affirmed President Buhari’s victory at the polls.