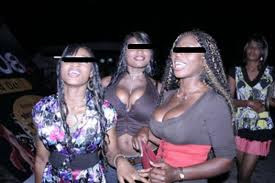 The Senate on Thursday, passed the bill for an act to end all forms of discrimination against Persons Living with Human Immune Virus (HIV) and Acquired Immune Deficiency Syndrome (AIDS).

The passage of the HIV and AIDS Anti-Discrimination Bill, 2014, followed a clause by clause consideration of the report of the Senate Committee on Health by a Committee of the Whole.

If the bill becomes law, it is expected to reduce the HIV burden through the prevention of discrimination and stigmatisation on the basis of real or perceived HIV status.

It is expected to encourage voluntary testing and counselling, access to treatment, improved health outcomes and reduction of risky sex behaviour.

The bill has provisions to ensure that the rights and dignity of people living with HIV and AIDS are protected.

The bill is also expected to promote appropriate and effective ways of managing HIV in the workplace, community, institutions and other fields of human endeavour.

Sen. Ifeanyi Okowa, the Chairman, Senate Committee on Health, in his presentation, expressed concern over the increasing rate of HIV/AIDS infection in the country.

Okowa (PDP Delta) noted that HIV was one of the most significant challenges to health, development, economic and social progress facing the world at the moment.

He suggested that proactive measures needed to be put in place to address the prevalence of HIV in order to bring down the mortality rate in the country.

“In the countries that are worst affected, including our dear country, Nigeria, the impact of HIV and AIDS have eroded decades of development gains, undermined economies and destabilise societies.

“AIDS is expected to continue to be the leading cause of mortality and morbidity in many countries and populations, including Nigeria.

“Proactive measures are necessary for the implementation of action plans that are workable and friendly, together with advocacy programmes at all levels of society, “Okowa said.

In a remark, the Senate President, Sen. David Mark, expressed the hope that the proposed law would address all issues of discrimination and stigmatisation against people affected by HIV.

“HIV and AIDS is not something that people should be ashamed of anymore because we know it does exist.

“It is only better that we take care and look after those who are infected rather than discriminate against them,” he said.

Meanwhile, the Senate has adjourned plenary until April 29 to enable senators to go for the Easter break.