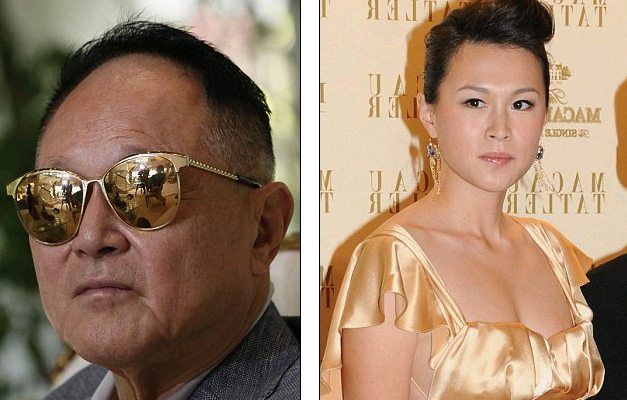 A Hong Kong businessman and a father has offered to pay £40 million to any smart man who can woo his daughter, Gigi from her Lesbian lover. naijagists.com

76-year-old Cecil Chao Sze-Tsung who is a popular playboy claimed to have slept with over 10,000 women. 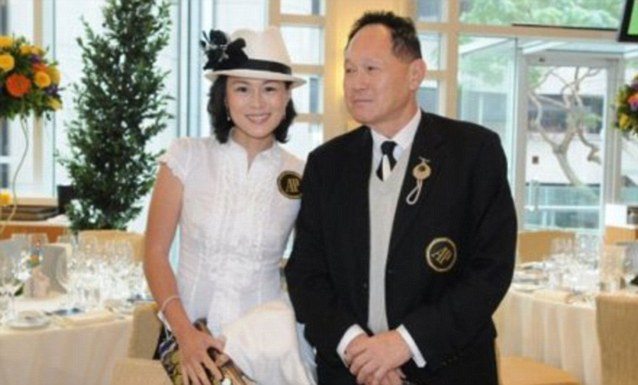 He made headlines this week after offering HK$500 million marriage bounty on learning his daughter Gigi had a church wedding with her girlfriend in France.

The ladies man, who is chairman of property development firm Cheuk Nang Holdings, has never married and is known for his love of Rolls-Royces and for being a qualified helicopter pilot – a skill he shares with Gigi, who is one of three children he has had by three different women.

Speaking today while sporting gold mirrored sunglasses and a sport jacket over an unbuttoned polo shirt, he said he had received thousands of offers from suitors for his daughter’s hand.

He said: ‘I was very surprised about the reaction from around the world. [I have had] thousands of people writing to say they want to be my in-laws.’

Mr Chao says he is offering the money because he wants to make sure his daughter has a comfortable life in Hong Kong, which he believes will require a house worth HK$150m (£12m).

‘The rest of the money can be used for investments,’ he said.

Hong Kong decriminalised homosexuality in 1991, but it does not legally recognise same-sex marriage.

Gigi, a University of Manchester graduate, has said she found the HK$500 million bounty ‘quite entertaining’.

She has been approached by suitors from all over the world including American war veterans, an Ethiopian, Turk and South American.

One man wrote: ‘I’m interested in the offer. I am a male person, who also happens to be gay.’

Another put up his brother, a body double to George Clooney in the 2008 film Leatherheads, as a potential beau.

The hopefuls, however, seem to be wasting their time.

Miss Chao insists she will not be ditching her partner – regardless of the calibre of man her father’s millions can buy.

Her father has refused to accept his daughter’s sexuality, hence his ‘marriage bounty’.

‘My father has an interesting interpretation of me,’ said Miss Chao.

‘Homosexuality is still an uncomfortable issue for many people.’

‘I don’t mind whether he is rich or poor – the important thing is that he is generous and kind-hearted,’ he said of the ideal husband for his daughter.

‘Gigi is a very good woman with both talents and looks. She is devoted to her parents, is generous and does volunteer work,’ he told the South China Morning Post.

Same-sex marriages are not recognised in Hong Kong.

A regular on the city’s social circuit and in celebrity magazines, Mr Chao has never married. Gigi is the oldest of his children.

In addition to the dowry, he has also offered to start his potential son-in-law up in his own business.

He said the prize money was ‘an inducement to attract someone who has the talent, but not the capital, to start his own business’.

Miss Chao graduated from university in 1999 with a degree in architecture. She went on to work for two years with prominent British architect Sir Terry Farrell. (credit:DailyMail)