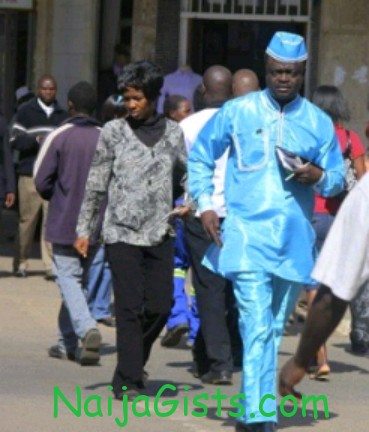 46-year-old Henry was reportedly deported few years back under the name of George Asinayo before sneaking back into the country.

He appeared before a judge in Harare few days ago and pleaded guilty to bigamy and perjury.

He is set to be deported after serving his jail term.

The complainant in the case is Mr Godfrey Kondo of the Immigration Department.

The agreed facts are that on July 16 2004, Inedoro legally married Ms Asshla Madziwanzira under the Marriage Act Chapter 5:11 and a marriage certificate number 1704/04 was issued at the Harare Magistrates’ Court.

The two marriages were solemnised by the same marriage officer, Ms Marehwanazvo Gofa. The State says Inedoro married the second wife without cancelling the first marriage as required by the law.

Inedoro, in a bid to facilitate the second marriage, misrepresented to the magistrate that he was a bachelor hence he was given the green light to marry. Marriage Act Chapter 5:11 binds a man to have one wife.

Before a foreigner marries a Zimbabwean woman, he is also supposed to produce a certificate from his country certifying that he is not married.

Judicial Services Commission deputy secretary Mr Rex Shana yesterday said it was possible for a magistrate to wed a person twice within a short period depending on the volumes of people who would have appeared before him or her for purposes of marriage.

“We are dealing with so many people everyday. It is possible for one to wed a person twice, it can be a pure case of human error,’’ he said.

Mr Shana, however, said a person who appears before a magistrate twice for marriage under the Marriage Act Chapter 5:11 would have committed an offence.(The Herald)