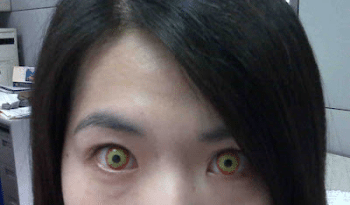 In a shocking bloodsucking incident, a house help from Gwabalanda area in Bulawayo Zimbabwe has betrayed her boss’s trust after she was caught sucking blood from the nose of her 4-year-old child. naijagists.com

The mother (name withheld to protect the identity of the child) revealed that she got a tip-off from her neighbour after she had heard her child screaming in pain at the same time everyday. Sinanzeni Moyo, employed as a baby-sitter, had worked for the woman for two months.

“A neighbour came to me one weekend asking about my relationship with Sinanzeni(the maid). I told her that she was doing her duties well and the only problem we had was that my daughter was afraid of her,” said the mother of the baby.

The neighbour reportedly informed her that everyday at around 9am, she usually would her her daughter screaming.

“We then agreed that on Monday, I will unexpectedly return home at around nine to check on what would be taking place to my daughter. I kept quiet about the matter and on Monday I got home at around 9.15am and proceeded to the bedroom. As fate would have it, my daughter was crying loud such that Sinanzeni never heard me opening the doors. I caught her busy sucking blood from my daughter’s nostrils,” she explained.

The baffled woman said she shouted at the maid but she continued ‘feasting’ on the child’s blood and only stopped when she hit her with an open hand on the face.

“Surprisingly, Sinanzeni pretended as if everything was okay and before I could ask her what she was doing, she threatened me. She told me that I should never say a word to anyone about the incident if ever I still wanted to see another day with my daughter. In the evening, I visited my neighbour and told her what I had discovered. When we confronted the maid about the issue, she walked out on us saying she did not owe us any explanation,” said the child’s mother.

The neighbour confirmed the incident, adding that they suspected that Sinanzeni gave them wrong details and her phone was no longer reachable.

“I guess that maid was a Satanist and now we do not even know where to look for her and her phone is unreachable. At least she left that family alive,” said the neighbour. (MyZimbabweNews)