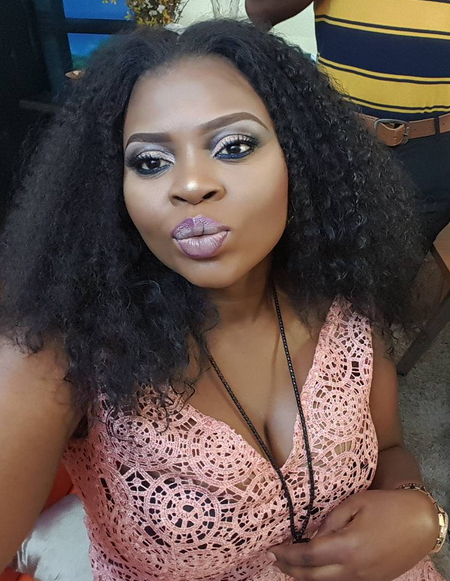 Nollywood actress Bimbo Thomas who is apparently into tall, dark and handsome men in a recent interview with Potpourri recounted her most memorable kiss on a set.

Hear the actress narrate her romantic encounter with Femi Branch on a movie set recently.

“It was with Femi Branch. I’ve forgotten the title of the film now but we played lovers and we had to make it real, and we really kissed. He had his back turned at me, and he said something. Instead of me to respond, I just grabbed him and started kissing him; even the director was stunned. He is my friend though and I know his wife.” 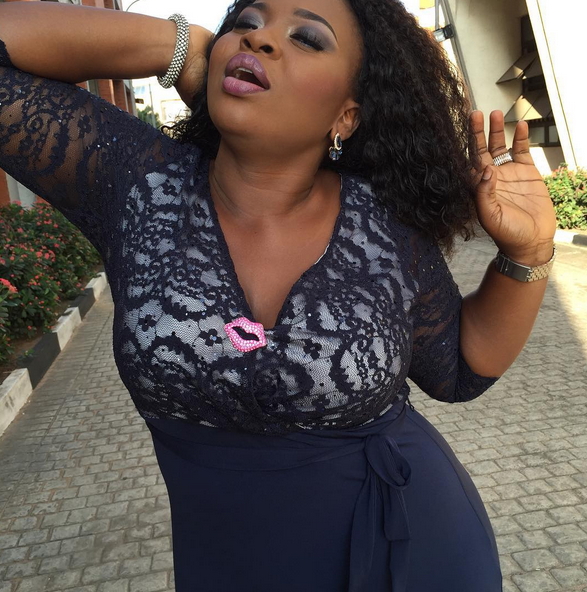 Bimbo Thomas who insisted she can’t act nude in a movie however gushed about her crush on Idris Elba and Terrence Howards.