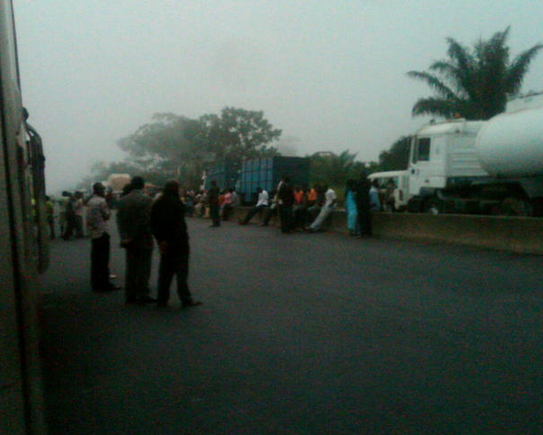 They were nabbed few hours after they snatched two motor-cycles and a Mercedes Benz car.

Police sources said the suspects snatched the Mercedes Benz car at about 7pm and drove the car to Auchi where a buyer that agreed to buy it for N300,000 was contacted.

The buyer, it was learnt, asked them to bring the car to Benin City.

On the way to Benin City, the car developed fault at Obagie village along the Benin-Abuja express road.

Policemen from Uromi Police Division however swooped on the suspects after they sighted the faulty car and Eric was arrested.

Eric revealed the names of other members of the gang and two motor-cycles earlier stolen by the suspects were recovered.

Also recovered were two locally made guns and a mobile phone belonging to the owner of the snatched car.

Edo Police spokesman, Stephen Onwochei, said the suspects have been on the wanted list of the police.

He said the suspects would soon be charged to court after investigations have been concluded.

[Reported By Damisi Ojo, The Nation]