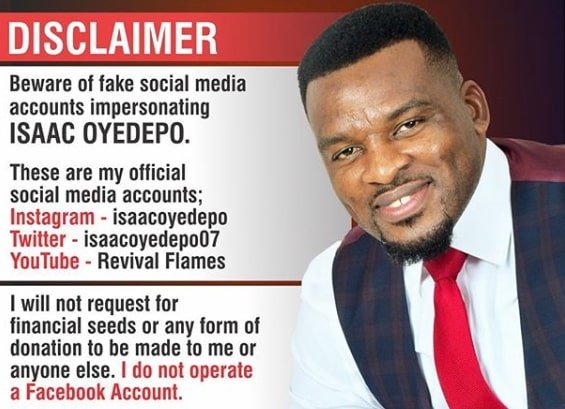 A major change was announced by one of Nigeria’s leading Pentecostal movement, the Living Faith Church, popularly known as Winners Chapel late last year. Pastor Isaac Oyedepo, the second son of charismatic preacher, Bishop David Oyedepo was seconded as the resident pastor of the Maryland, United States branch of the Church.

The church, located on 4380 Forbes Blvd, Lanham, Maryland, is one of the most prosperous branches of the evangelical ministry outside the headquarters in Otta, Ogun State, Nigeria. It was officially inaugurated in November 2008 and ever since has been growing while Isaac, as the new resident pastor, has continued to carry on the liberation mandate.

Isaac who was ordained in May 2007 by popular American preacher, Pastor Kenneth Copeland, alongside his elder brother, David Oyedepo Jnr, has occupied various positions in the church until his present posting. The son of the famous bishop, who tied the knot in 2010 with Ayomitide Omogbadegun, was until recently Pastor-in-charge of the Winners Chapel International in South Africa.

About three years ago, David Oyedepo (Jnr), took over as the Resident Pastor of Faith Tabernacle, Headquarters of the Living Faith Church Worldwide in Otta. Before his elevation as the shepherd of the 100,000-seat assembly, David (Jnr) was formerly the Resident Pastor of Winners Chapel London and also the Regional Pastor for the European network of Churches.