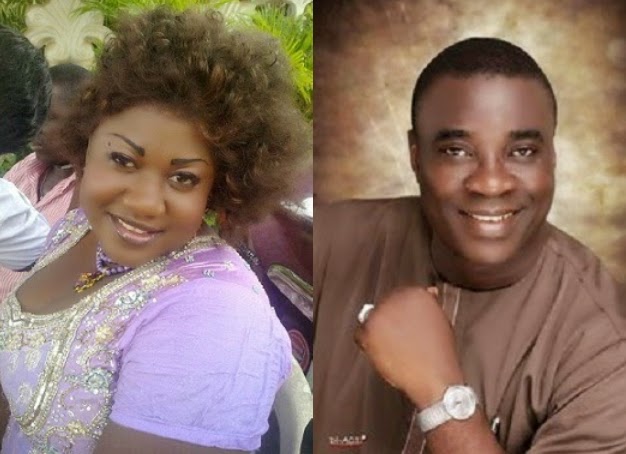 After keeping silent for complete 2 years, the actress has opened up on her secret relationship with Fuji legend Wasiu Ayinde Anifowoshe Mashal.

In a recent chat with Encomium, the actress who initially denied linking her baby boy to the Fuji star said KWAM1 is now her husband and that the two planned to have a baby before her conception.

Bisola said her affair with K1 is not a one-night thing.

Interviewer: On the rumour that K1 is the father of her son she says…

Bisola: Yes, he is the father of my son. That’s not a lie. My son is not a bastard. He is Abdulmalik Ayinde Marshal. I have never regretted having a baby for K1. He has been a wonderful father to my son. He is taking good care of Him

Interviewer: On why she decided to open up after denying the singer was the father, Bisola says…

Bisola: I thank God for giving me a wonderful son, a cute one at that. I am happy as a mother let me correct the impression by the public and some press men that may be because K1 had denied the paternity of my son, that’s why I kept quiet since. That’s not true; I only do not want to talk because I hate noise, most especially on my son because he is too young for that. Everybody knows I am naturally a very quiet person. That’s why I refused to talk about or even grant any interview on the matter. I know who the father of my son is. It’s not controversial

Interviewer: Is there any misunderstanding between the two of you at the moment?

Bisola: We never had any misunderstanding. He still pays his bill as a father. And my son will be happy knowing that K1 is his father. He has been so caring to us. I can’t fight the father of my baby. K1 has been a very good father and I love him for that.

Interviewer: How long have you been in relationship or it was just a one night stand?

Bisola: It wasn’t a one- night-stand. We had a good relationship. We agreed that we should have a baby, not that I forced my child on him.

When asked if she’s married to him, Bisola says…

Of course I don’t have any other husband.

Interviewer: But we learnt you’re afraid of his new wife, Titi Masha. That’s why you remained silent on the issue. What’s your comment on this?

Bisola: I told you I kept quite because I don’t like noise, especially about my little boy. Besides, no one has ever been a threat to me. My husband is my husband. I don’t believe I owe anybody any explanation for marrying him. Nobody was there when we met. Then, how can anybody become a threat to me or my marriage to K1? That’s not possible. So, that’s all.

Anyway, leave my marriage for me for me for now. That’s not the real reason I decided to grant this interview. It’s just a kind of digression.

If we add this baby to Wasiu Ayinde’s baby pool, K1 now has 27 children and counting……should another woman open up in the future.