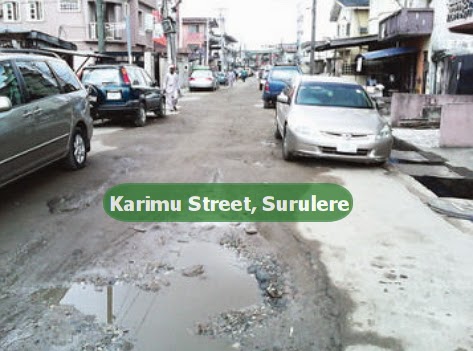 A married father of two was murdered on Tuesday in Surulere area of Lagos by some suspected cultists on a revenge mission.

The victim identified as Lukman Sotomiwa, a popular Fashion designer in the area was lured to the front of his house around 10pm on Tuesday before his murder.

According to eyewitnesses, 35-year-old Lukman received a phone call some minutes to 10pm and after a couple of chat he was told to come out of his house on Karimu street (pictured above).

A friend was said to have come out with Lukman when the gang members suspected to belong to Black Axe confraternity reportedly attacked him with axe before shooting him at close range.

The corpse of the victim was left in the area till morning causing panic among residents.

His corpse was deposited at Mainland Mortuary the following morning.

The elder brother of the deceased, one Kazeem has claimed his corpse.