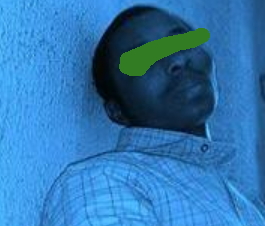 Yinka Olawale, a 28-year-old suspected cultists has been charged with allegedly stabbing a man, who prevented him from stabbing his own mother, at an Ikeja Magistrates’ Court in Lagos.

The accused was arraigned before the Magistrate, Mrs. A.O. Akokhia, on a three-count charge of breach of peace, conspiracy and assault.

Olawale, a resident of Iju-Ishaga, a Lagos suburb, who pleaded not guilty, was granted bail at N100,000 with two sureties.

Akokhia said the sureties should be employed with an evidence of two years’ tax payment to the Lagos State government.

Prosecutor Clement Okuoimose had told the court that the accused committed the offences on April 7 at his home.

He alleged that the accused and three others at large conspired and stabbed Mr. Kolawole Olatunji in the head and body with a broken bottle.

Okuoimose said the accused allegedly conducted himself in a manner likely to cause a breach of the peace by arming himself with axes and broken bottles, causing panic in the community.

The case was adjourned till May 5 for mention.