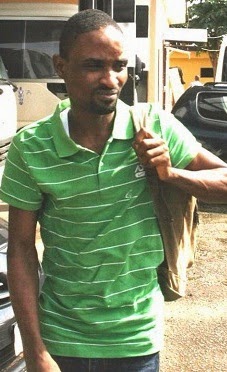 “Justice Kudirat Jose of the Lagos State High Court, Ikeja on Thursday, October 9, 2014, convicted and sentenced the duo of Sunday John Ntephe and Olomosu Kola to one year imprisonment each for conspiracy and obtaining money by false pretence.
The two convicts were arraigned on September 30, 2014 by the Economic and Financial Crimes Commission, EFCC on a 2-count charge that bordered on advance fee fraud and obtaining money under false pretence.

The convicts allegedly obtained the sum of N125,000 from one Adetiba Oluwafemi in a money making scam popularly called wash wash or Black Money. 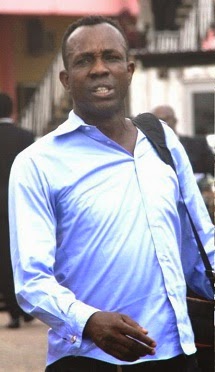 While taking their pleas, they pleaded guilty on all charges preferred against them.
Justice Jose subsequently sentenced them to one year imprisonment each. He ordered the first and second defendants to pay the sum of N80, 000 (Eighty Thousand Naira) and N40, 000 (Forty Thousand Naira) respectively, to the victim as restitution.

The sentences are to run concurrently.

One of the counts reads: “Sunday John Ntephe between October and November 2013 at Lagos within the Ikeja Judicial Division with intent to defraud obtained the sum of N125, 000,000 (One Hundred and Twenty Five Thousand Naira) under false pretence from one Adetiba Oluwafemi that you are capable of producing currency by washing and dipping in a chemical substance which pretence you knew was false”.