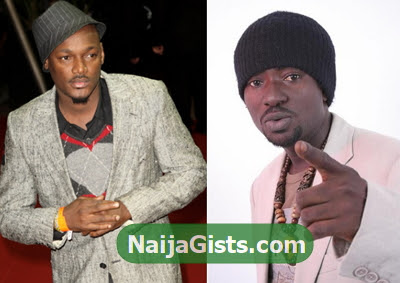 March 27, 2013 – Blackface Fighting 2face Idibia: He Didn’t Invite Me To His Wedding “I No Dey Go Where I No Dey Invited”

Apparently he wasn’t invited to his brother, 2face Idibia’s wedding.

Out of the 250 wedding guests that were invited to the highly celebrated white wedding ceremony of Tuface Idibia and Annie Macaulay, Blackface was left out without an official invitation.

He took to his Twitter page few days ago to answer a follower who asked him why he didn’t attend the Dubai wedding.

Read his response below

“I No Dey Go Where I No Dey Invited but I wish dem all they wish themselves! RT”