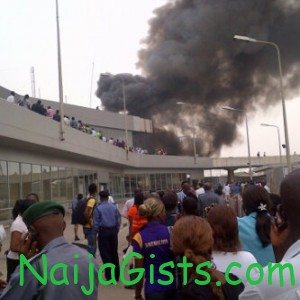 According to eyewitnesses, the mystery fire started from some electrical wires that reportedly melted on exposure to high heat.

This fire mishap has led to electrical outage that resulted in a total blackout at the popular airport this morning.

Firefighters have been stationed at the affected area to quench the raging fire. The fire crew had been able to put the fire at bay while security officials put up metallic barriers around the affected place.