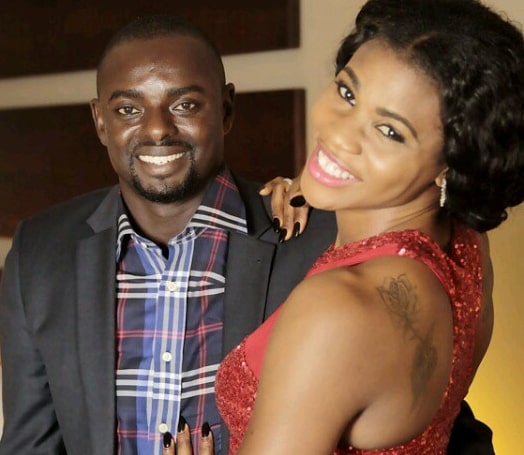 Mr Igho Otegheri, husband of Blessing Okagbare, says he won’t “tarnish” the image of the Nigerian superstar athlete in the media amidst reports that she filed a divorce suit to end their six-year marriage.

Footballer Otegheri, a former Super Eagles striker, got married to Okagbare in a well-attended wedding ceremony which had top dignitaries like then Delta State Governor, Emmanuel Uduaghan, in attendance in Sapele.

Otegheri joined Okagbare in the United States after their wedding, but recent reports in the Nigerian media indicated that the sprinter and her husband have been engulfed in marital crisis, leading to her filing for divorce.

Some reports say Okagbare, a 100m and 200m gold medallist at the 2014 Commonwealth Games, gave her all to the marriage but had to file for divorce following long-standing rows between her and her hubby, which led to a face-off between the families of the couple, with the ex-footballer’s parents reportedly asking for a refund of the bride price they paid during the traditional rites six years ago in Sapele.

In an interview with Saturday Beats, Otegheri admitted that his marriage to the athlete was headed for the rocks but added that he won’t comment more on the issue to avoid “tarnishing” the image of Okagbare.

When our correspondent asked Otegheri on Facebook if it was true that Okagbare had filed for divorce, he replied, “It’s true. It is what it is, boss.”

“No matter what, I can’t say anything that will tarnish her (Okagbare’s) image, please try and understand. It will be a disaster if I come out to clear the air.”

Though quite unknown, ex-international Otegheri began his professional football career with Wikki Tourist in 2004, before a switch to former Nigerian champions Enugu Rangers, where he spent two years.

He joined defunct Dolphins in 2007, before another sojourn at Heartland, where he plied his trade until 2009, when he moved to Europe for a short stint at Beitar Jerusalem in Israel.

Otegheri, who has three caps for Nigeria, made his Eagles debut in 2002 in an international friendly against Costa Rica.

Mother & Daughter Die Of Covid-19 Same Day In LA
10 Wise Decisions That Will Help You Flourish During COVID-19 Period!