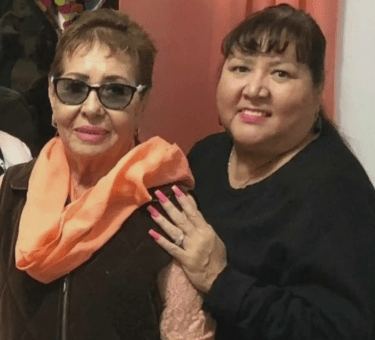 A US mom and her daughter have succumbed to the coronavirus pandemic just hours of each other in Los Angeles.

86-year-old Carolina Tovar, and 54-year-old Letty Ramirez were described as inseparable in life as the matriarchs of their family.

During Carolina’s later years, Letty acted as her most trusted caregiver, taking her to hospital each week for dialysis.

Both women reportedly began to suffer from breathing difficulties last month and were subsequently admitted to hospital.

They died on April 3 hours apart from each other and in separate hospitals.

A week before their hospitalization, Letty began suffering from a dry cough in the mornings.

Letty’s oxygen levels began to fall on March 19 and was rushed to the hospital.

Soon afterward, Carolina also fell ill and was taken to the same hospital, with Letty’s husband also taken in for the Covid-19 treatment.

Letty’s condition deteriorated and was transferred to another hospital and put on a ventilator.

The doctors diagnosed her with diabetes and kidney failure, conditions the family were unaware that she had.

Carolina seemed to know she was dying, telling another of her daughters that she was ‘ready to go now’.

Her family decided to ask that doctors respect her wishes of not being put on a ventilator.

Hours after Carolina died, the family was notified that her health was failing.

The family decided to remove her from the machines and she died within minutes.

Continue Reading
You may also like...
Related Topics:mother and daughter die covid 19 la