44-year-old Briton Andrew Shaw recently appeared in court with the support of his wife, who is also blind and their two guide dogs.

Here is what his lawyer, Allan Cobain said in his defense: 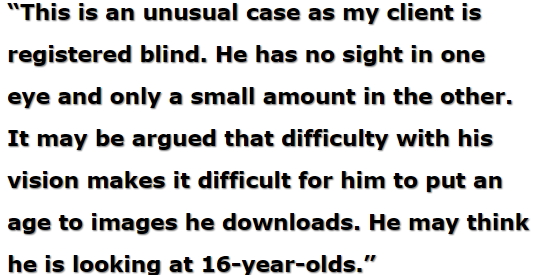 Cobain told the court to adjourn the case so that the Crown Prosecution Service could cross check the files again.