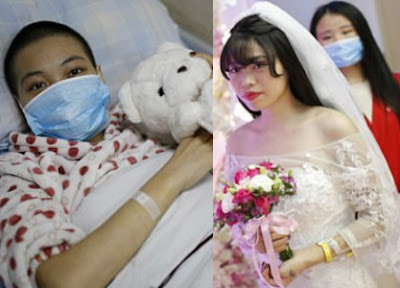 Blood Cancer Patient Marries Herself In China: Chinese Woman Abandoned By Boyfriend After Doctors Diagnosed Her With Leukaemia Gets Her Dream Wedding Wish

A young woman battling blood cancer has married herself in South West China.

21-year-old Yang Chunyan who feared she may die soon took the bull by the horn when she married herself to fulfill her greatest wish over the weekend.

Her brother and dedicated Health care workers at Wulong People hospital in Chongqing China arranged the wedding when she expressed her wish on her sick bed.

Yang who is currently undergoing chemotherapy married herself this past Saturday the 20th of January 2018.

The happy bride was seen cutting the wedding cake shortly after her brother took her on a romantic walk to the stage. 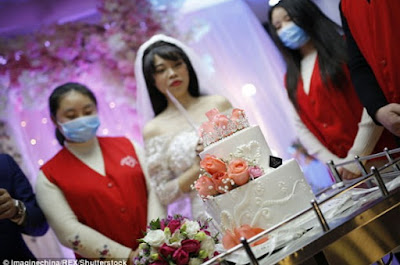 Her bridal gown and wedding cake were donated by members of Zhenshanmei Volunteer Association, a charity organization that counsels cancer patients.

Yang told BJ News she had a partner before but he abandoned her days after she was diagnosed with Leukaemia. 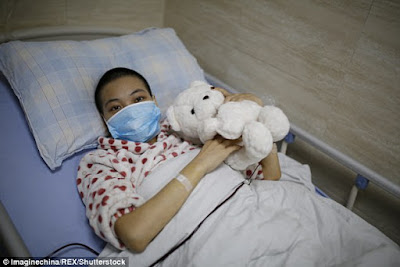 The young woman who was diagnosed with cancer just before Christmas feared she may die soon.

Shortly after her wedding ceremony, she signed a paper authorizing the hospital to use her organ to save more lives. 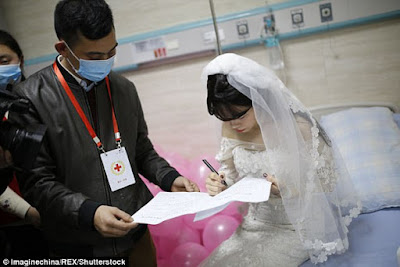 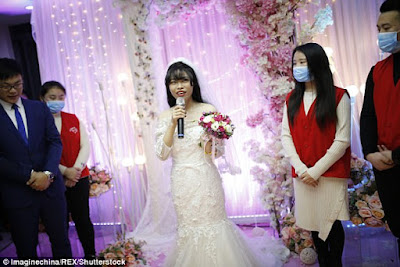 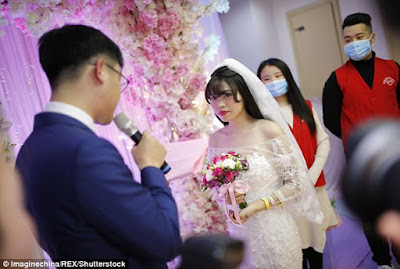 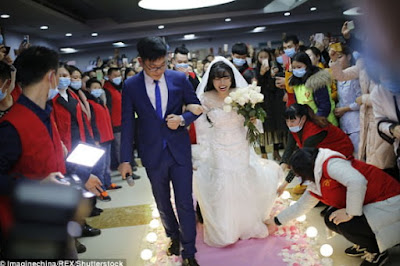