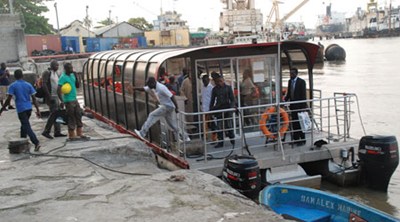 In the early hours of Tuesday the 1st of October 2013, 8 commercial boat passengers met their untimely death while travelling from Sagboki village towards Apapa Lagoon in Lagos.

The problem started when their boat ran into a turbulence after which the boat driver lost control and the boat capsized.

Out of the 19 passengers on board, 8 of them who couldn’t swim drowned before rescuers could reach the scene. The 11 others managed to swim back to shore to alert boat operators.

However, local rescue operators were said to have rescued 11 persons, including two teenagers who were heading to Liverpool to sell dried fish.

He said: “The incident is true and according to the information at my disposal, only two persons allegedly drowned while seven persons were rescued.

“At the moment, rescue operations are ongoing by operatives of the Marine Police to see if any more persons will be rescued. The deceased persons would be taken to the morgue.”