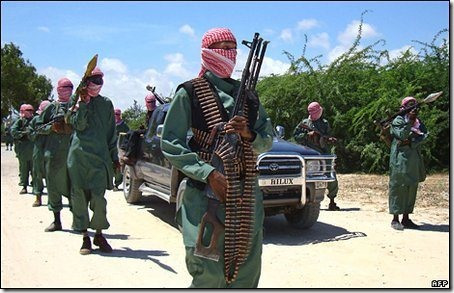 Boko Haram Jihadi sect members have stepped up their religious fight against Christians in the Northern part of Nigeria.

According to sources, 10 corpses of travellers believed to be Christians were found along Damaturu-Maiduguri highway on September 17.

The 10 people were beheaded and their heads placed on their chests.

During two gruesome attack on the popular highway, the terrorists who disguised in army uniform and armour tanks burnt down several vehicles.

According to Premium Times, the 2 separate attacks took place some distance from Benisheik town where the disguised terrorists murdered 140 travellers in cold blood.

A top security source, who pleaded anonymity said most of those attacked were found beheaded.

“We found 10 corpses by the road side near Benisheik just before Ngamdu Village; the victims were beheaded and their heads placed on their chests,” said the security source.

Some road transport officials also confirmed that they saw the slain travellers.
Abubakar Haruna, an official of the National Union of Road Transport Workers (NURTW) said:

“The killings were carried out between Ngamdu and Benisheik. We were on our way to Maiduguri around 6.30a.m. on Monday when we saw the 10 dead bodies,” he said.

It was also confirmed from the security sources that four people were also killed along the route on Saturday at a different spot near Benisheik.

The Yobe State Governor, Ibrahim Gaidam, on Monday warned travellers plying the Damaturu-Maiduguri Highway to be extra cautious of the road, saying “driving on that highway is a dangerous risk.”

However, travellers were left in fear, and many have to put off their journey for fear of possible attacks by Boko Haram.

Vehicles including trucks conveying food items were set ablaze by the terrorists; a development that could pose a threat of impending food shortage in the area.

Another commercial truck driver, Iliya Lado, said: “Despite these daily attacks, the roads are left without adequate security personnel; one will travel up to 50 kilometers without any manned security post. We really do not understand what is happening with the soldiers.”

It was also gathered from transport workers that many of the victims to the Boko Haram attacks were those travelling to Damaturu to make phone calls, due to the general communication shut down in Borno for about four months now.

What is this country turning into?

God please have mercy on your people o.