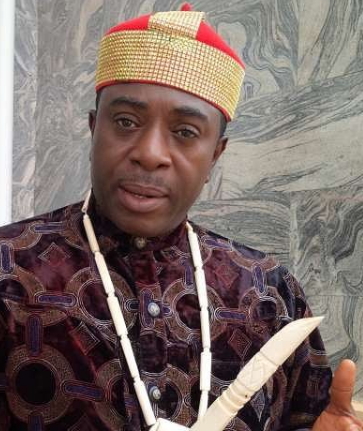 Nollywood legend Bob Manuel Udokwu has urged all African countries to be grateful to the Nollywood movie industry for making Africa’s stories big across the world.

The actor believes Africans should be grateful to the Nigerian movie industry, Nollywood, for bringing global spotlight on the African stories.
Udokwu made this known during an interaction with the media before the 2018 Africa Movie Academy Awards, AMAA, which held in Kigali, Rwanda.

The ‘Living In Bondage’ star said, “The rest of Africa should be grateful to Nigeria – Nollywood – for telling the African story and making it big around the globe. We shouldn’t be talking about competition in the African movie industry, rather, we should be talking about collaboration because there are many stories to be told in Africa by Africans.”

Bob Manuel Udokwu, a veteran actor and one of the founding actors of Nollywood, applauded the efforts of the organisers of AMAA in bridging the gaps between the African movie industries.

He became a famous face in Nigeria after he starred in classic TV series, Checkmate, which starred late Fred Agu, Ego Boyo and Richard Mofe Damijo amongst several others.