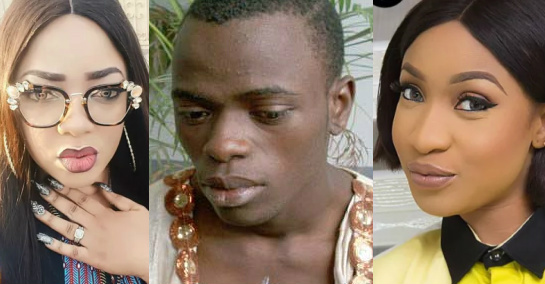 Though it was widely reported that Idris Okunneye has been released, we can confirm with you that his case is still in court even as the big wigs in the society with the help of his lawyer helped in securing his bail this morning…

Yes he was granted bail on Friday morning and not Thursday as earlier reported in the media.

An insider said Tonto Dikeh and Tayo Sobola were also among the celebrities who called their godfathers to use their position to influence the quick release of the openly gay guy from Abuja police custody.

NG learnt that Bobrisky will still be heading to court with his defense lawyer.

Meanwhile, a source NaijaGists.com met at a function this evening said Bobrisky is likely to have fled or planning to flee into the US to seek asylum.

The source added that Bobrisky will out rightly deny this new revelation as this might put him in trouble with the law because his case is still in court.

He will have to cover up for now until his asylum application is successful in the United States.

Continue Reading
You may also like...
Related Topics:Asylum, bobrisky, flee, seek, us