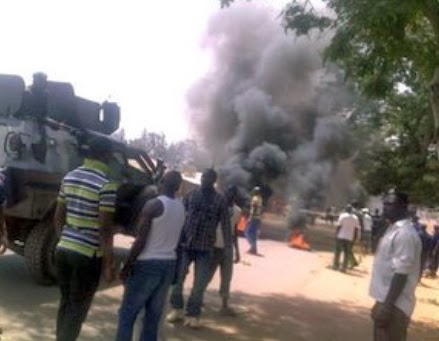 Sources in Adamawa state Nigeria disclosed that Boko Haram terrorists attacked a Chakawa church in the early hours of Sunday the 26th of January 2014 with an explosive device.

In the attack, 2 police officers and scores of worshippers were brutally murdered.

A reliable source said the police officers were killed in a rescue effort to free some kidnapped church members.

The dreaded Islamic sect who attacked the Chakawa church with a bomb also kidnapped several worshipers and later killed them (execution style) in the forest.

The body of the victims were found in the forest this morning.