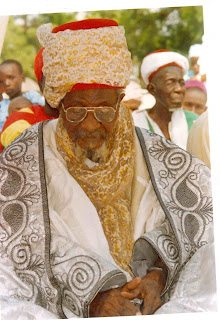 The Emir of Bukkuyum in Zamfara State, Alhaji Mu­hammad Sarkin Danko has been kidnapped by gunmen. suspected to be Boko Haram militants. According to sources at the palace, the emir was kidnapped last Friday night shortly after Maghrib prayer at his palace in Bukkuyum town and was whisked away to an un­known destination.

According to a source close to the palace, the gunmen stormed the emir’s palace and engaged the palace guards in a gun duel. They were able to overpower the guards, before making their way into the emir’s sitting room where they kid­napped him.

The gunmen allegedly met the emir at the palace, while he was still making his supplications shortly after congregational prayer. Sunday Sun also gathered that no life was lost during the shooting.

The state Commissioner of Informa­tion, Alhaji Ibrahim Mohammed Birnin Magaji who confirmed the report, assured that efforts were on top gear to ensure the safety of the monarch.