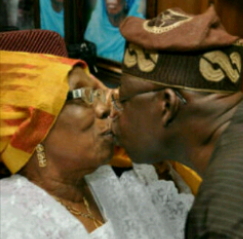 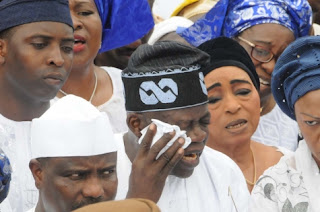 Here is what her son said about her final moments before death.

“Mama never showed any sign of death lately although in the past, we have had cause to panic after repeated bolts of sicknesses due to old age. But this time around, Mama was hale and hearty till her last moment.

“We woke up that day and she was in her room relaxing.She had her breakfast, an oatmeal and went back to sleep. In the afternoon, after she observed the noon prayer, she called for her lunch. She ate tuwo, a local meal popular with Kwara state indigenes. Not quite long after,  between 4 and 5 pm, she called for me as I entered, she just shouted, Allahau Akbar three times and after that, she  kept silent and that was it. She never woke up again. We started calling families, friends and other people to tell them what happened.

“I was so shocked, because I have never seen such a peaceful passing away of anybody like that.  I thank God that Mama lived a fulfilled life worthy of emulation.”

She has been buried. View photos from her burial here.

Chika Ike Foundation Gives Back To The Society Through Educate A Child (Photos)
Ilupeju-Ekiti’ King, Oba Olaleye Oniyelu Chased Out Of Palace By Angry Youths