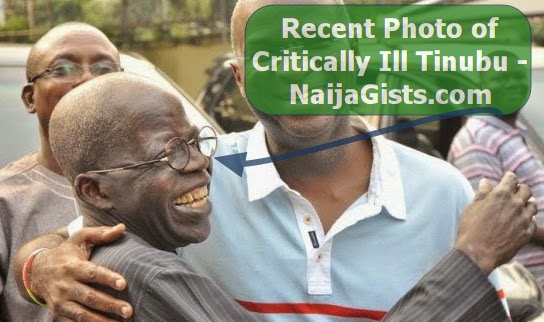 Ex-governor of Lagos state Nigeria, Bola Tinubu is clinging to life at an undisclosed hospital in the US.

Sources say his health condition has deteriorated as he couldn’t recognise his family members anymore due to sudden loss of memory.

The doctor taking care of him at his residence in Lagos told family members to fly him out of the country because his situation ‘s critical. He was secretly flown to the US few days later.

Family members and some key APC leaders have been praying non-stop for his restoration since he was secretly flown out of Nigeria.