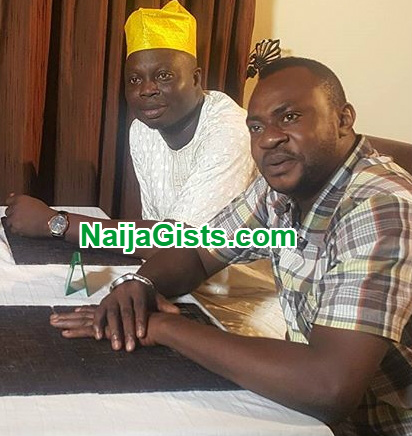 The actor who spoke briefly about his career also revealed the names of popular actors doing well in the Nigerian movie industry.

There is this general belief that most female artistes are doing better than their male counterparts, how true is this and why is it so?

It is a very wrong notion and perception. Do you know how successful Odunlade Adekola is with the number of properties and assets he owns? Have you been to Femi Adebayo’s abode to see his success? Same can be said for Sanyeri, Muyiwa Ademola and many other male artistes.

My humble self is also not left out. To God be the glory, I can call myself a success in this profession as well. The way we all decide to use our lives are different. There are some of us who don’t like to blow our trumpets. Even many of the male artistes including our seniors in the industry are doing well. But of course, I admit that the female nature is somehow different. Even outside the movie industry, to know that a man is rich you need to see his wife. A man may have a Range Rover and another small car, for all you know he may be driving the small car while the wife will prefer to cruise around in the Range Rover even just down the road to buy tomatoes. Even if she is a full time house wife, she will dress to kill with jewellery and other accessories, drive the Lamborghini to the market just to buy ‘Iru’ (locust bean), that is the feminine nature for you.

Are you running your NGO with the help of Ogun State government?

No, the support I get is from my brothers, colleagues and friends. I’m honestly just using my celebrity status to pull this through. The Yoruba movie industry is so divided with too many factions.

There are even insinuations that you don’t agree with the faction led by Jide Kosoko, Dele Odule and others. What are you doing as one of the top actors to unify the industry?

I’m not in cold war with anyone at all, and the government is even trying to bring us all under one umbrella in a new union. Before the end of this year, I hope that the plan would come to fruition and we would all have the good news.

My Husband Is Not Romantic, My Marriage Is Crashing – Worried Wife Cries Out
I Married A Man I Didn’t Date, How Prayer, Weight Loss & Attitude Change Saved My Marriage