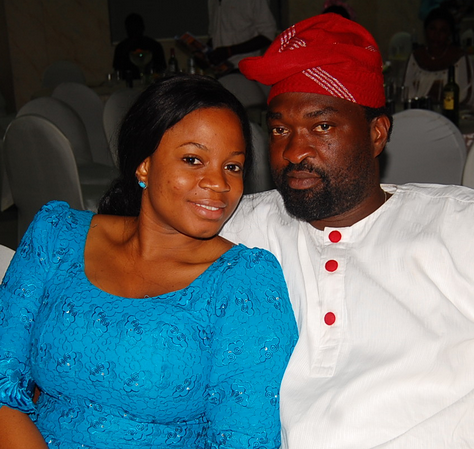 The guy who owns the popular Eldorado night club in Lagos, Bolaji Eso has revealed that God has answered his prayers after 5 years of marriage.

According to the socialite, his wife Olamide is currently pregnant.

In a recent interview, Bolaji debunked the rumours that his wife gave birth in the United States.

Hear Bolaji in his own words below;

“I don’t know where they got the story but it is not true. She is pregnant after waiting on the lord for our first child but she is yet to deliver. However we are expecting our first child soon. I feel it;s the lord’s doing and it’s marvelous in our eyes to be expectant after several years”.