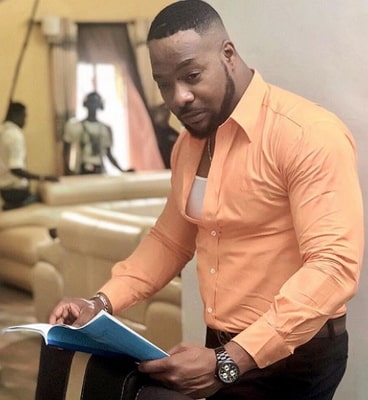 Bolanle Ninalowo Thank God For Protecting Him From Toxic Woman

Nollywood hunk Bolanle Ninalowo has dropped a shade on Tonto Dikeh over the banter she ignited against her ex-husband, Olakunle Churchill.

Ninalowo stated that God ends toxic relationships so it won’t wreck us. According to the actor, sometimes you may not get to understand it, but you will after a while.

Recall that Funke Adesiyan who had previously dropped a shade for Tonto Dikeh, alleged that her toxicity can destroy one’s existence. Funke Adesiyan who in her shade post stated that the actions of Tonto Dikeh is a disgrace to womanhood, wondered why it is so difficult for her to move on.

Bolanle Ninalowo who dropped a shade for Tonto Dikeh in his post, wrote; Sometimes God wrecks our plans just so our plans dont wreck us .

Continue Reading
You may also like...
Related Topics:bolanle ninalowo, toxic