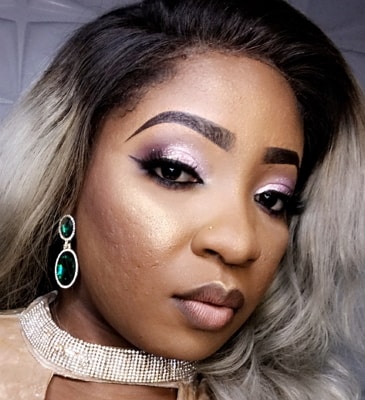 Nollywood actress Tonto Dikeh’s sister from another mother, self-proclaimed Born again Christian, Anita Joseph in a recent chat with Broadway TV talked about her view on celibacy, challenges she faced in the past and her very dirty past.

Anita Joseph believes being born again has to do with her heart and not her outward appearance, hence her indecent mode of dressing.

The controversial actress dubbed the most seductive single lady in Nollywood was once called out for snatching a young man from his girlfriend .