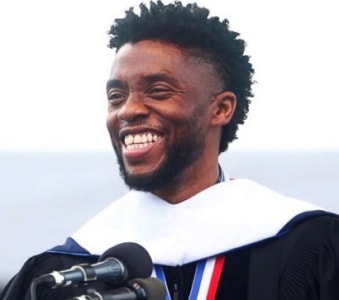 Since he played a leading role in Black Panther movie, Chadwick Boseman has become an household name.

The actor who played the first Black Superhero in mainstream American comic books won the hearts of many thanks to Wakanda and its people and everything the movie represents not just in the film, but also in real life.

The actor who was fired by White producers who gave him his first role after he confronted them on how the role of a young African American without a father and a drug addicted mother could give wrong assumptions about black people inspired the 2018 Howard University graduates with the story of his life.

“Take the harder way, the more complicated one, the one with more failures at first than successes. … then you will not regret it.”

“You would rather find purpose than a job or career. Purpose crosses disciplines. Purpose is an essential element of you. It is the reason you are on the planet at this particular time in history. Whatever you choose as a career path, remember the struggles along the way are only meant to shape you for your purpose.”

Watch his speech video below