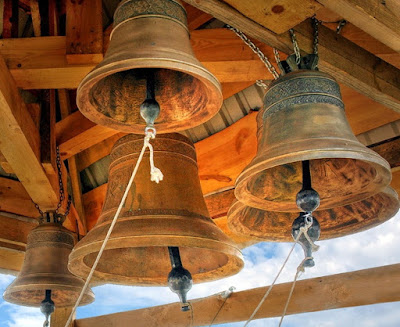 A teenage boy who allegedly stole 8 jingle bells from a church in Lagos was today arraigned in an Ikeja Chief Magistrates’ Court.

The 15-year-old defendant whose address was not given was docked on charges bordering on conspiracy and stealing.

The Prosecutor, Sgt. Raphael Donny, told the court that the offences were committed between Oct. 23 to Nov. 3, at Christ Apostolic Church, Abraham Ezomor St., Ijaiye, a suburb of Lagos.

Donny said that the defendant and one other at large, have been going to the same church to steal jingle bells.

“So the security guards were put on alert, on that day, the accused and his other accomplice did not know they were being watched.

“As soon as they stole the jingle bells and were about leaving, they were apprehended by the security guards, but the second boy escaped, “he said.

Donny added that the defendant and his other accomplice had stolen eight jingle bells in the last 11 days valued at N35,000.

The offences contravened Sections 280 and 411 of the Criminal Law of Lagos State, 2015.

The defendant, however, pleaded not guilty to the charges.

The Chief Magistrate, Mrs Folakemi Davies – Abegunde, granted the defendant bail in the sum of N200,000 with two sureties in like sum .The case was adjourned until Dec. 4 for mention.