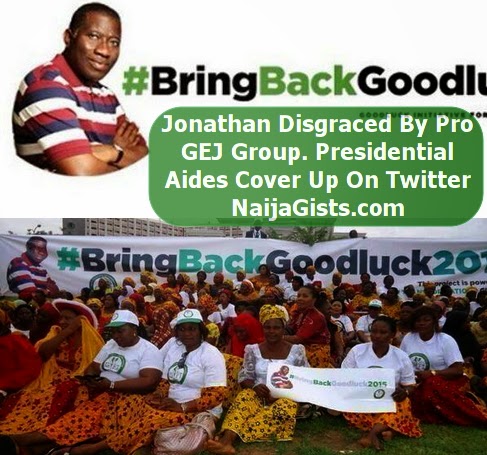 President Jonathan has ordered the removal of the offensive BringBackJonathan2015 Campaign poster that has been trending on the social media since last week. 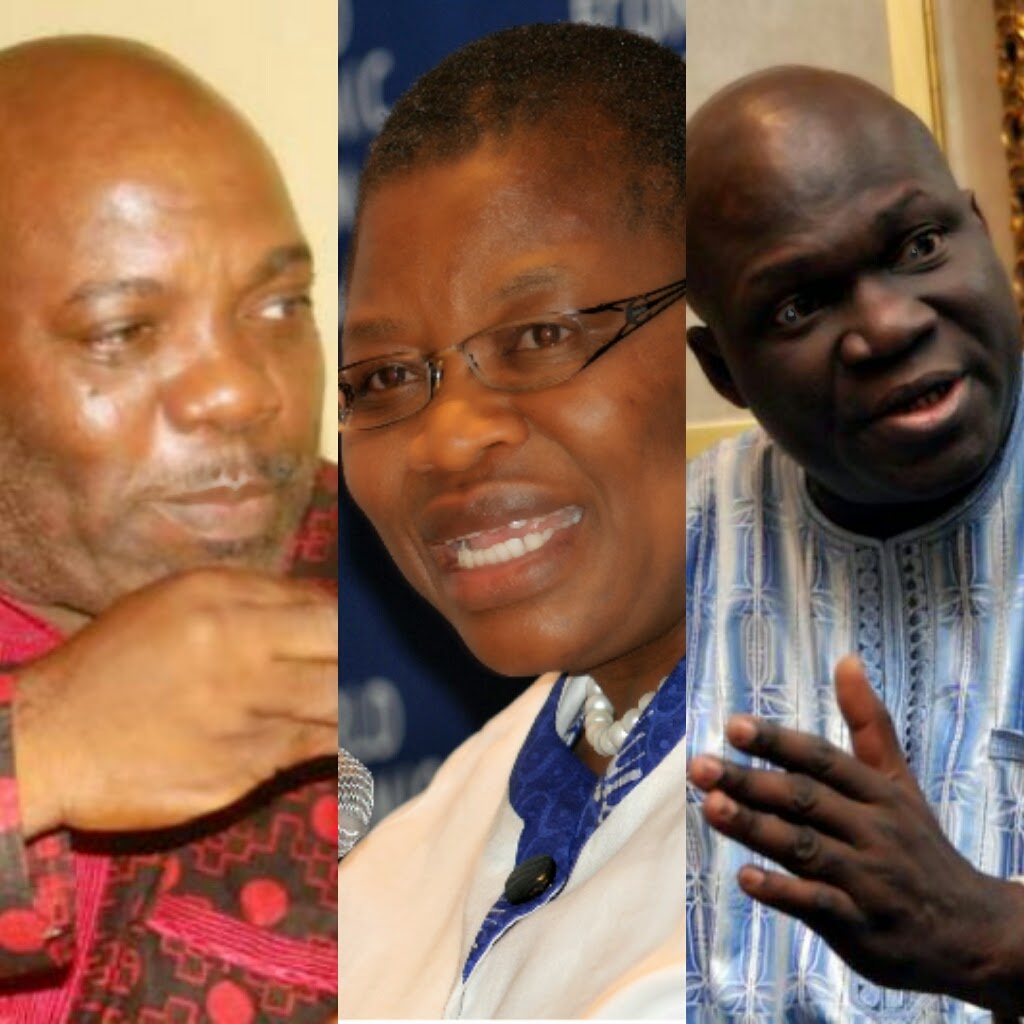 As a cover up for Jonathan, his special advisers Reuben Abati and Doyin Okupe took to Twitter to dissociate Jonathan from the posters.

This is the same poster that Doyin Okupe has been using on Twitter to campaign for Jonathan’s reelection.

She blasts them for dissociating Jonathan from the banner in a statement released today. She cited that a picture of the banner was first posted online by Okupe. 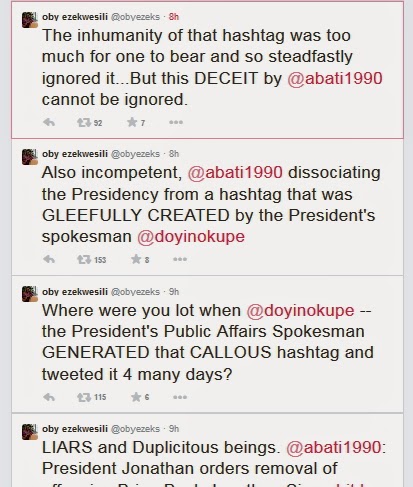 Doyin and Reuben need more training on cover up strategy, in this case, silent would have been better. Why are they making Jonathan’s life more complicated now…. wetin oga on top do them.

How can Nigeria move forward when Jonathan is surrounded by a bunch of confused advisers. Nawao