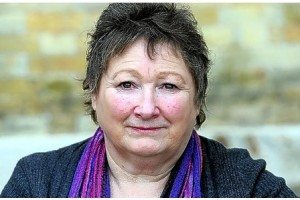 A divorcee was tricked into sending £40,000 to a Nigerian fraudster she met over the internet.

Vicky Fowkes, 59, decided to start dating online in early summer 2010 and by August she was sending money through ‘moneygrams’ to a man in Nigeria she believed was a charming Briton called John Hawkins.

By November 2010 the man, who claimed he was an engineer with his own property business, had received nearly £40,000.

But Fowkes’ hope of love was shattered when the police visited her home in Tewkesbury, Worcestershire, and revealed the romance was a scam concocted by an internet fraudster.

The mother-of-two said, “I put my trust in this person and I was beginning to start a relationship with him, but now the whole affair has had a devastating effect on my life. I have been humiliated and have lost my self-respect.”

Fowkes, a self-employed child care consultant, began sending money to Nigeria in August 2010 after her internet lover failed to visit her at Heathrow after telling her he had booked a flight.

She told Telegraph.co.uk, “He was due to come for a visit in August but he wasn’t on the flight and then when he rang later that day he said they stopped him at customs to do with tax issues with his business. Two weeks later he started asking me for money.”

The man masquerading as John Hawkins claimed he was being fined by the government for the tax that he owed.

But West Mercia Police visited Fowkes and broke the news that she was the victim of a fraudster.

Robin Longmore, a financial intelligence development officer for West Mercia Police said, “Through our investigations we started to believe Vicky was a victim. This kind of thing is a massive problem in Nigeria and Ghana with groups of men sitting in internet cafes all conning people over their internet dating sites.

“We believe that this person was operating from Nigeria and John Hawkins is clearly a made up name and the pictures that he used are obviously taken from the internet and are innocent members of the public.”