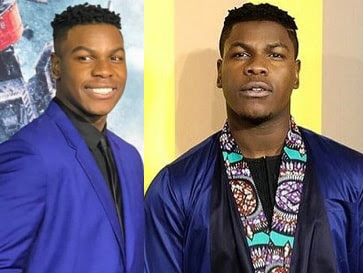 British-Nigerian actor, John Boyega, has hinted that he is ready to invest in Nollywood by shooting a low budget Nigerian movie with about $20-$25million (N8 billion).

Boyega, best known for his role as Finn in the Star Wars sequel trilogy revealed this on the CNBC show in Lagos on Wednesday.

“We’re developing a few Nigerian stories and choosing one which makes sense budget-wise. We’re probably looking at an indie budget of $20-$25 million dollars.”

“I’m very interested in original Nigerian stories. I grew up on Nollywood. The first Nollywood film I ever watched was Blood Sisters with Genevieve Nnaji,” he said.

Twenty-five million dollars may seem like a ‘low budget’ compared to his latest flick Pacific Rim that has a budget of $150 million. But in Nollywood where budgets are a tiny fraction of that, an eight billion Naira movie is no doubt a record breaker.

The talented thespian that recently held talks with Marvel bosses about a potential role in the Marvel Cinematic Universe added that the funds he hopes to inject into the project is an opportunity to tell Nigerian stories in a professional way.

“It’s a chance for me to develop these stories, merge Hollywood with Nollywood, to bring the genuine and most important stories to light but captured in a very important and professional way,” Boyega added.

The actor is currently on a media tour to promote his latest Hollywood film, Pacific Rim Uprising, and he’s made a stopover in Nigeria .