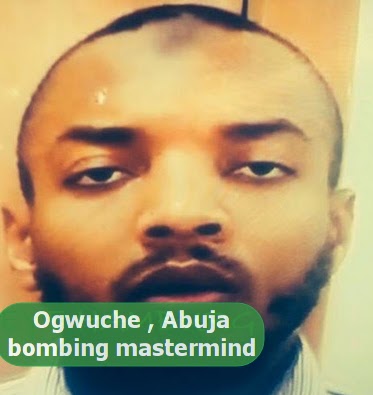 May 17, 2014 – British Terrorist Who Masterminded Abuja Bombing, Aminu Sadiq Ogwuche Converted To Islam In UK & Vows To Die For Allah

More details have emerged on the alleged Boko Haram member who masterminded the two suicide bombing attacks that killed over 100 people in Abuja last month.

Aminu Sadiq Ogwuche who called himself Lion of God was arrested last week in Sudan when a former classmate in the military spotted him.

He reportedly became an extremist after converting to Islam at a University in the UK.

Ogwuche, who allegedly called himself the “Lion of God” and wrote increasingly extreme posts on social media during his later years in Britain, was arrested in Sudan this week on suspicion of organising the double blast.

Ogwuche had previously been detained by authorities in Nigeria on his return to the country from the UK following a reported tip-off from British intelligence, but he was released after a campaign by human rights groups and his family.

Former classmates in Wales spoke of their shock that Ogwuche had been alleged to be a terrorist mastermind after spending three years studying for a degree in business science at the University of Glamorgan – now the University of South Wales – from 2007 to 2010.

Ogwuche told fellow students that he used to be in the military back “home” in Nigeria and that his goal was to become a successful businessman. However, he failed to finish the course.

Ogwuche reportedly found his new faith in his early years at the University Of South Wales.

He is the son of a retired military colonel in Nigeria but was born in London UK.