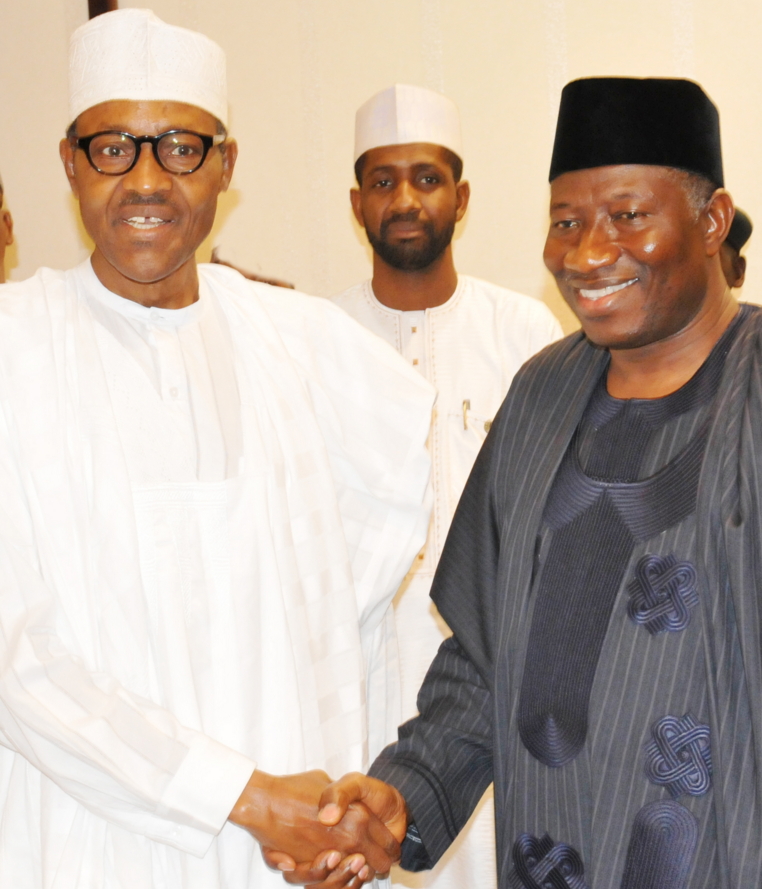 The Presidency has shut down a viral rumour of his involvement in the ongoing Dasukigate scandal.

In a press statement released by Femi Adesina, Buhari denied collecting $300,000 from the immediate past administration, nothing that he only received 2 SUVs from the government he labelled as a “discredited regime”.

Buhari stated that he received the SUVs because it was in line with the constitution.

Our attention has been drawn to reports making the rounds, especially on internet-based media, that President Muhammadu Buhari received $300,000.00 and up to five armoured SUVs from the Office of the National Security Adviser in the aftermath of the attack on his convoy in Kaduna last year.

We unequivocally deny that President Buhari received $300,000.00 or any monetary compensation whatsoever from the Jonathan Presidency or any of its officials, in the aftermath of that attack, or at any other time since then.

While it is true that one armoured SUV and one untreated SUV were sent to the President in the aftermath of the attack, the vehicles were in keeping with his entitlements as a former Head of State under the Remuneration of Former Presidents and Heads of State (And other Ancillary Matters) Decree of 1999.
Section 3, Sub Section 1 of that Decree provides that three vehicles will be provided for former heads of state and replaced every four years.

There was therefore nothing untoward, illegal or tending to corruption in former Head of State Buhari and Presidential aspirant, as he then was, receiving vehicles, to which he was statutorily entitled , from the Federal Government of Nigeria.

President Buhari had in keeping with his austere, spartan and frugal disposition shunned most of his entitlements as a former Head of State, but was prevailed upon by his supporters to accept the two vehicles for his personal safety in the aftermath of the dastardly attempt to assassinate him.

It is preposterous to think that the President will allow his acclaimed reputation of honesty and incorruptibility to be tarnished by accepting a questionable monetary compensation from a discredited regime.

Continue Reading
You may also like...
Related Topics:bribe, Buhari, jonathan