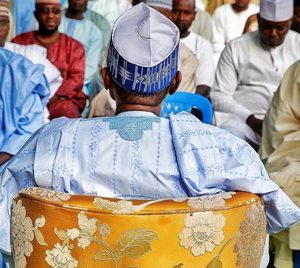 Is Buhari really a Fulani? One thought that the family came from the Northeast to Daura, a Hausa state that was never conquered by the Fulani. When Buhari went to Maiduguri for a massive rally in 2011, the crowd demanded he spoke in Kanuri because he was their own.

Preponderant Kanuris do not understand Hausa. I recalled that he said his mother was Hausa and his grandmother a Fulani. Does that technically make him a Fulani?

The Kanem Empire was much older and bigger than the Sokoto caliphate of recent history. It was Shettima Kashim Ibrahim, former governor of the north, a Kanuri and Joseph Tarka, the Tiv leader, who emboldened General Yakubu Gowon to break Nigeria to 12 states. Kashim Ibrahim wanted Borno State and Tarka, the Middle Belt. One remembers Ibrahim Imam who cleared Borno area and parts of old Gongola State from the reach of Ahmadu Bello, Sardauna of Sokoto, premier of the north. Imam swung into alliance with the Action Group. Hassan Usman Katsina did not want the North to be broken. Even Aminu Kano was hesitant, being Fulani. I watched the civil war from the ringside. Mohammed Shuwa, Benjamin Adekunle, Iliya Bissala, Murtala Muhammed, Samuel Ogbemudia (mortar and armour expert) were no Fulanis.

One saw very few Fulanis in the ranks, not even many in the officers’ cadre. But Kanuris, Bachamas Junkuns, Biroms, Angas, Tarocs, Tivs, Idomas, Edos, Urhobos, Ekitis, Ondos and Owos were predominant on the federal side. War is not riot. See how hard it has been to suppress a few Kanuris who unemployment forced to buy the message of a fringe Islamic group, Boko Haram!

Fulani is a minority tribe in the north, not to talk of Nigeria where Yorubas have the largest population. So let us lay to rest the Fulani diversion to face the real issues of recovery from PDP’s vandalism. How can any group think of ruling others in a world bombs could be made in backyards and where electronic spies lurk in every unmarked space? It is a distraction some Fulani enemies of Buhari are using to build a wave of hatred against him. They are richer than the government and their long purse knows no limit in that bid to sabotage.

The PDP earned more than $600 billion in 16 years from crude oil and built no edifice but sold what it met. There are too many pretenders in Nigeria. Who are the new messiahs? Welcome the Coalition for Nigeria: “Fine boy” Donald Duke inherited resources that could turn a state to be world class. What did he make of Obudu Ranch which ought to have been developed to a capacity to serve eastern Nigeria and Central Africa as Michael Okpara conceived the projects? If he had foresight, Cross River would have been exporting beef, mutton, cheese, butter and other dairy products to most of Africa now. What happened to the Michelin rubber plantations and the very suitable land and vegetation to grow cocoa in Ogoja? China acquired miles of land to plant rubber in Laos for its industries not long ago. Rubber and cocoa are export crops. Instead, Duke built an export free zone to export what he does not produce. It is now a jungle. Add his other pastime, what we called “feferity” in Lagos in the late 1950s and early 1960s: Carnivals, shows and the other vanities that are money-guzzling. He has no depth in real politics.

Call the name Olagunsoye Oyinlola and the response in Lagos is, “no bitumen”. He made Lagos look like a broken China in the swamp. And what was his achievement in Osun? In his tenure in Lagos one could buy a hired killer from Ojuelegba and other crime dens. “Area Boys” ruled Lagos then. Buba Marwa swept them out. And they are throwing stones at Buhari.

Or is it Jerry Gana who said Nigeria should not protect her industries because she belonged to the World Trade Agreement? It is difficult for one to fashion the political philosophy and gumption among them. Most of them talk of World Bank, IMF and exchange rate. They talk of investment. They are all blank in development economics, which demands that a country sets the pace and tone first in its actions to be self-sufficient and reliable. That is the collateral. No one invests in a country of armed robbers and treasury looters, with no accountability. Who helped Vietnam? It did not get a dime from the West and their associates. It is the fastest growing economy in the world today. It was at war with America when Nigeria broke the middle- level industrial mark in 1971. We are now behind it industrially and socially.

We have all the resources to build a great nation with no bowl in hand beggarly asking for investment. All we need are vision, disciplined manpower, a math set, mathematics, physics, chemistry and honesty.

After all, we were turning out most of those products we now import from China, Japan, India, Vietnam and Arab Emirates from our factories in the 1960s to the 1990s. Away with “Tokunbo” economics. Buhari’s integrity is helping to revive Nigeria. Lest we forget, Oby Ezekwesili. What did she do to raise the quality of pupils offering English, Mathematics when in her tenure as education minister, only less than 10 per cent of entrants passed the two subjects in SS3? Was she not the minister who advocated that federal government colleges be sold and put beyond the reach poor pupils? It is my belief that we can open foundries, melt iron ore, design engines, forge tin, copper and other metals to build machines for our use. Nigeria has the manpower with the knowledge in the world for such endeavour.

Ekiti Govenor Ayodele Fayose, portraying extreme political illiteracy, said his people were hungry: Agriculture is not in the exclusive list. Is he in the same country with Willie Obiano and others exporting food crops? Audu Bako, Samuel Ogbemudia, Obafemi Awolowo, Ahmadu Bello, Michael Okpara and others made their marks in farming from the states. He is blaming his failure on Buhari.

Continue Reading
You may also like...
Related Topics:Buhari, Fulani, man