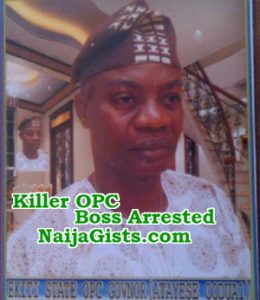 The leader of OPC (Oodua People’s Congress) in Ikere Ekiti, Mr Dele Olorunfemi is currently in police detention over the murder of an Undergraduate.

The suspect reportedly fired shots that killed a student of the University Of Nigeria Nsukka, Ikere Ekiti campus around 9:30pm on Wednesday the 28th of February 2018.

The deceased, Tope Faramo was on an Okada (commercial motorcycle) with his friend when he was hit by bullets allegedly fired by the Olorunfemi and his men around.

The Okada man didn’t stop when bullets hit Tope instead, he fled the scene with the second passenger and reported the matter to police. 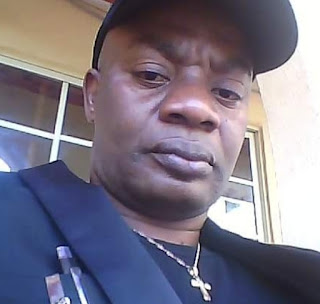 The suspect and his men later dumped the corpse of the deceased along a bush path near Winners Chapel Road in Oke Osun area of Ikere Ekiti while they were having an all night prayer.

Olorunfemi and another suspect identified as Abule are currently in police detention.

Family members of late Faramo Tope have been urged to visit Ekiti State Specialist Hospital along Ise Road in Ikere to claim his corpse.