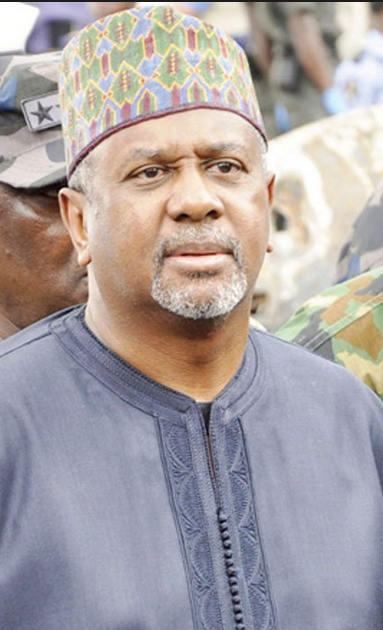 Operatives of the Directorate of State Security (DSS) last night stormed the home of the immediate past National Security Adviser, Col. Sambo Dasuki, for thorough search.

This is coming barely five days after Dasuki was relieved of his post by President Muhammadu Buhari.

Daily Sun gathered that a detachment of armed DSS officers had arrived the Asokoro, Abuja home of Dasuki at about 6.40pm yesterday and surrounded the compound.

Led by an officer, whose name was given as Mohammed, the DSS officers, it was gathered, could not gain entrance to the compound and therefore put a cordon.

The officers were said to have taken positions around the compound, without allowing movement into or exit from the building

“The former NSA did not allowed them entry into his compound and has not come out to meet them, but they are threatening to force their way into the house,” a source told Daily Sun.

Source said the DSS were instructed to search the homes of Dasuki, after which he should be brought in for questioning, over spending on security.

Confirming the DSS’ visit, a source close to the security agency said the instruction to search Dasuki’s home came from the Presidency.

Efforts to reach the former NSA failed, but a source close to him said he was shocked by the development and wondered why such action was taken.

According to the source, Dasuki was surprise, as he stated that if he had been invited for questioning he would have willingly obliged.

“Yes, Dasuki is shocked to see the DSS operatives surrounding his home barely five days after leaving office and he believes that it would be better if they invite him over any issue rather than descend on him without notice,” the source said.