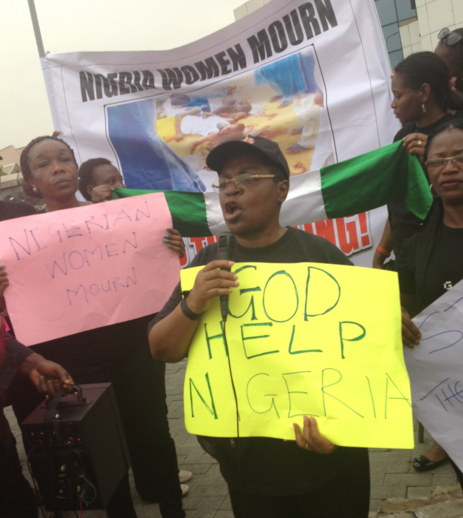 Nigeria at Crossroads – Again? an article By Tony Ogunlowo

Let me see if I can get this right.

According to recent public opinion, the incumbent President, the jet-setting boy from Daura, is incompetent. His policies have led to hyper-inflation, scarcity of fuel and foreign exchange, amongst other things. But yet again his predecessor was deemed to be incompetent too.

Now if the one who is trying to do something is incompetent and the person before him was incompetent is there anybody competent enough to rule a country called Nigeria?

We’ve gone through every form of government in Nigeria; from Parliamentary rule during the First Republic to a succession of military dictatorships culminating with the Presidential system we now embrace.

So far none of these governments, according to public opinion, have worked.

So the underlying truth is that there is nobody competent to rule the country (- that’s if you discount the late Sanni Abacha with his totalitarian style of government!)

Perhaps the real reason we have incompetent governments lies with our very selves.

How do we elect our leaders?

Now the president alone doesn’t run the country. There are Governors, senators etc right down to the humble councillors, in local governments, all voted into office by your vote.

Now if you vote into office a bad councillor, a bad senator, a bad governor or a bad President what do you get? You get a government that won’t work. It doesn’t matter whether you have a PDP or APC majority, if the person voted into office is bad there are no prizes for guessing what he/she will get up to.

Currently, how many governors, senators and ministers are under investigation for fraud, corruption and misuse of their offices?

One person is not a government. It takes a lot of people to form a government to run a country. And for that government to function properly you need everybody to work in perfect synchronisation. So if you have a few Governors, Senators and Ministers messing things up it will affect the chain of command and order of things. And just like a row of dominoes everything will fall down. Quod Erat Demonstrandum! Or as the late Chinua Achebe once said,” a finger in oil will soil the rest”.

We are the voters. Our votes put these people in office and we should hold ourselves liable. If you vote a known thief into office, he will steal your money! Likewise if you vote in a dullard or a person of questionable character they’re not going to do anything – apart from enriching themselves and their cronies! I bet the recent revelations of the Panama Papers will have a lot of Nigerian politicians shaking in their shoes!

It doesn’t matter what form of government we practice, unless we change our mind-sets and elect people who are qualified to do the job(- and vote them out the minute they become incompetent!)

Nigeria will forever be like a gerbil in a hamster wheel – forever going round in circles but actually going nowhere!

Perhaps we should resurrect the late Sanni Abacha to bring back his totalitarian style of government since nothing else seems to work!

The Invisible Body Suit: Very Soon Witch Doctors Will Go Out Of Business As Science Takes Over
Memo To President Buhari: An Open Letter To Dele Momodu By APC UK